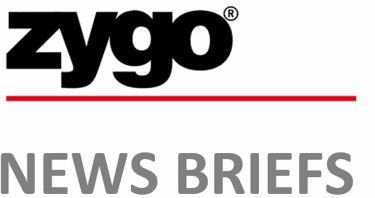 Middlefield, CT, USA- ZYGO Corporation holds a prominent position in the recent success in the area of laser fusion, which opens up the possibility of virtually unlimited supplies of low-carbon, low-radiation energy. The current reliance on fossil fuels has obvious implications for ecosystems and climate, and ZYGO’s ongoing partnership with Lawrence Livermore National Laboratory’s (LLNL’s) National Ignition Facility (NIF) in the United States is helping to bring safe, virtually unlimited carbon-free energy one step closer to reality.

NIF scientists are using laser fusion to harness the energy that powers the stars, with the goal of producing more energy than it consumes in a sustainable reaction called “ignition.”  Existing nuclear reactors used across the world split atoms to produce energy (and as a by-product produce radioactive waste). NIF fuses together atoms from easily obtainable materials commonly found across the globe.

NIF‘s scientific breakthrough generated more than 10 quadrillion watts of fusion power for a fraction of a second. This is roughly 700 times the generating capacity of the entire U.S. electrical grid.  NIF is continuing its work to achieve ignition and create a viable source of power.

ZYGO is proud to be playing a pivotal role in bringing clean, sustainable energy closer to reality, manufacturing nearly all the flat specialty optics used in the NIF laser. Getting the reactions going is not the problem; the trick is getting more energy out of the fusion process than you put in. To this end, NIF houses more than 7,000 ZYGO custom optics, including 3072 amplifiers (described by NIF as “the heart of the system”) that amplify a pulse of photons into 192 laser beams — focusing them on a target smaller than a pencil eraser.

When the beams hit the small target, it compresses the fuel to 100 times the density of lead and heats it to 100 million degrees Celsius, hotter than the center of the Sun. Heating the target in this way generates an electrically charged gas (plasma), and in the plasma, electron particles are stripped out of atoms, leaving the parts known as atomic nuclei. These can fuse together, generating energy in the process. (See video HERE).

For programs this important, integrators need an optical component manufacturing partner that they can trust, a partner that not only understands the high stakes involved in any such project, but one which also has a heritage and legacy that can be relied upon. ZYGO is ideally placed to be that partner, boasting a 50-year heritage working with high-profile programs across the world.

ZYGO is the largest manufacturer of laser fusion optics in the world, but also fabricates and coats optics for applications.  In its 50-year history, ZYGO produced optics for Voyager, Skylab, the Space Shuttle, and corrector optics for the Hubble Space Telescope.  Recent programs include key optics for the LIGO and Advanced VIRGO Gravitational-Wave Observatories, as well as a lengthy heritage of producing optics and optical assemblies for the defense and semiconductor markets.