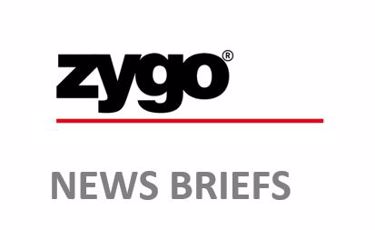 Middlefield, CT, USA. - Chief Scientist Peter de Groot and Technology Fellow Leslie Deck at Zygo Corporation (ZYGO®) have co-authored of an historical review article that highlights the contribution of holography to the advancement of interferometric measurements of surface topography.

ZYGO produces a range of interferometry-based optical metrology tools that support and enable the most demanding metrology applications across a wide range of industry sectors. The Company is constantly researching and refining interferometry-driven optical metrology tools and recognizes that digital holography is gaining significant momentum in the measurement of surface topography due to increases in the speed and data capacity of today’s computers.

De Groot says, “The goal of this article was to discover concepts and inventions in holography that have contributed to the advancement of classical interferometric methods that are not normally thought of as holography. By doing this, the idea was to highlight some of the significant — and perhaps surprising — developments in interferometer design, data processing, and physical optics theory inspired by holography. Comparing holography with interferometry requires some impressions of how these two technologies differ, and how they are the same.”

Essentially, holography is a two-step process, first recording the amplitude and phase of a propagating wavefront as an intensity image — the hologram — using interference with a reference wavefront, and second reconstructing the propagating wavefront from the intensity image using optics or a digital simulation. The reconstruction of the propagating wavefront enables the image focus and perspective to be changed, leading to the famous 3D imaging capabilities of the technique. One of the miracles of holography is that despite the sometimes-indecipherable holographic patterns, it is not only possible to create these 3D images, but also to quantitatively analyze vibrations, deformations and shape using multiple and time-averaged exposures.

Interferometry is also a two-step process, but classical interferograms are created and interpreted in ways that are distinguishable from holography.  Interferometry does not normally include the uniquely “holographic” step of recreating a propagating wavefront from the recording of the original scattered light. For surface topography measurements, the interferogram is most often captured at the position of best focus of an imaging system, and the structure of the interference pattern is mapped directly to surface coordinates.

Notwithstanding these distinctive characteristics, interferometry and holography share the common principle of holistically recording the magnitude and phase distribution of propagating light reflected from an object as an intensity pattern, using the interference of reference and object waves.

Given the similarities of holography and interferometry, it can be tempting to conclude that these two techniques are one and the same thing. While the paper clearly illustrates that this not the case, a clear trend emerges of increasingly close developments of holographic on interferometric methods for surface topography measurements. This trend may eventually lead to a fusion of holography with techniques not normally thought of as holographic. De Groot concludes that “This evolution in applied optical metrology will surely lead to significant new solutions going forward.”

The paper was written as part of a collaboration with Prof. Rong Su at the Shanghai Institute of Optics and Fine Mechanics and Prof. Wolfgang Osten at the University of Stuttgart. It is available by open access from the journal "Light: Advanced Manufacturing" HERE.