What Are Diode Lasers And Where Do We Use Them? 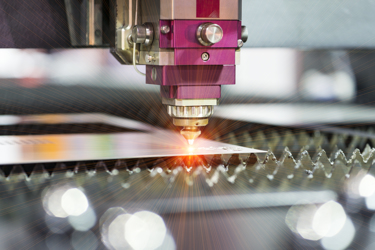 For most people, when you ear the term diode, it automatically refers to LED lighting. Indeed, thanks to the Nobel prize winners of physics in 2014 for their work on blue LED, this mental association could keep becoming even stronger.

Although, most of the time you might probably be right, diodes don’t have to emit light and can be used in a multitude of devices. When you use them in a way to stimulate coherent lighting emission and combine then with a resonator, what you obtain is what we call a laser diode.

First, you should know that, despite frequent misuses of the terms, diode lasers, laser diodes and semi-conductor lasers generally refer to the same thing. Let’s sort this out and clarify these terms a little.

A laser diode, just like a regular diode, is made of a PN junction. What makes it different is that we added a layer in it that is capable of spontaneous emissions.

A diode laser, is a laser based of laser diodes. So, the laser can be made of only one diode, but it may also contain several of them combined. It can also incorporate many other optical components.

A semiconductor laser, as the name suggest, is based of semiconductors. Its internal structure doesn’t have to be the one of a diode. That being said, in real life it just happens that, in most cases, it is.