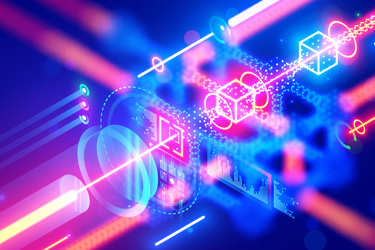 Pulsed lasers can have powers in the megawatt range and even petawatt range! Yet, if you shop for a Continuous Wave (CW) laser, you’ll typically find powers listed in watts and milliwatts.

Read on to learn why they can deliver such immensely different powers, which require a very broad range of measurement solutions that Gentec-EO has developed over the last 50 years.

As the name implies, a pulsed laser emits pulses of laser light. It emits nothing for a little while, and then it emits a short burst of light, and then that pattern repeats.

The average power is, unsurprisingly, the average of the laser’s power output. It’s a specification you’ll find for both CW and pulsed lasers.

However, when powers as high as a petawatt are listed, you can be sure that this is not the average power, but rather the peak power, in other words the power during a pulse. This specification only makes sense for pulsed lasers.