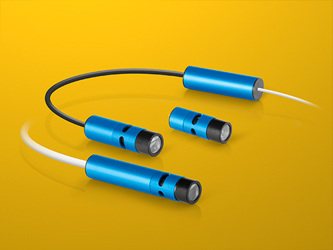 Nowadays, turbines are the most common means of propulsion for commercial airplanes. After decades of research and continuous optimization, the turbofan has established itself as the most efficient turbine engine for speeds between 500 km/h and 1000 km/h, which is the most common travelling speed for commercial jet airplanes. They only seem to be a small part of the plane when you see them attached to the wings, but standing on their own, they are gigantic pieces of technology. The fan of an Airbus 350 engine, for example, has a diameter of 3 meters – almost twice the size of the average human. These fans are among the most prominent – and most important – parts of the entire engine. It is their job to “suck in” the air, which is then compressed and accelerated by the turbine to produce the jet stream that makes the airplane fly.

Development and construction of aircraft engines is a time-consuming and expensive process. Therefore, airline companies try to keep them in operation as long as possible. Runtimes of 30 years are common. To allow this, the demanding security standards of the airline industry demand each turbine to undergo a strict maintenance schedule. In 2015, almost 25 billion US-Dollars were invested in maintenance, repair and overhaul (MRO) of aircraft engines. Experts claim that this sum will reach 46 billion Dollars by 2025. Still it is more cost-effective to invest in MRO instead of replacing older engines with new ones. It goes without saying that the highest quality standards apply for such a vital piece of technology. Construction and maintenance demand the utmost precision.