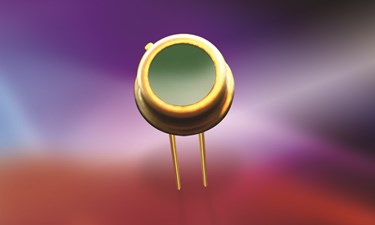 Lead salt detectors were first used for infrared imaging applications in military research during the 1930s. Since their introduction, they’ve proven to be an effective infrared photodetector for a wide range of analysis, spectroscopy, high-speed infrared imaging, and defense applications. They’re not without their shortcomings, however.

Lead salt detectors can be susceptible to out-of-band radiation, which can obviously cause significant damage. To address this concern, Opto Diode partnered with CalSensors to develop a new line of infrared detectors – the SCD-B series. The detectors are equipped with anti-reflective-coated silicon windows, which limit the signal on the active element to the 1.2 to 5.5 micron operational bandwidth of the device, ultimately reducing the potential for harmful out-of-band radiation.

If your next design requires an IR detector with superior sensitivity across the mid-IR spectrum, and/or if the harmful impact of out-of-band radiation is of concern to you and your work, then we encourage you to contact Opto Diode to see if they can help.