How Can You Split A Laser Beam? 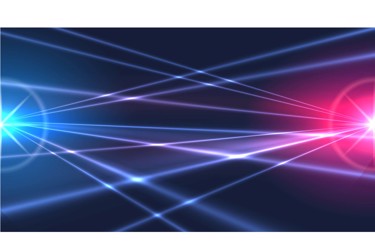 Beam splitters are optical components that partially reflect a laser beam, so the initial laser beam is split in two: a reflected beam and a transmitted beam.

Beam splitters are also commonly used in interferometry, the most famous example being the famous Michelson-Morley experiment, which proved that light propagates at the same speed no matter the direction.

Some beam splitters are also called "beam samplers" or "optical pick-offs" when the reflected beam is a very small fraction of the transmitted beam. They sample a laser beam while it is in use, allowing for real‑time beam diagnostics.

Because industrial and scientific applications have varied requirements, many different beam splitter designs have been invented over the years. Let us go through the main ones, taking note of their main advantages and disadvantages.