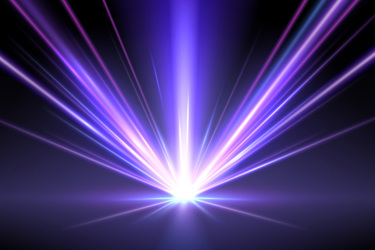 Not all laser applications are as futuristic as Star Wars, but some of the applications involving high-power lasers get pretty close! From nuclear fusion to measuring the distance to the Moon, lasers have found all sorts of surprising uses.

Positive protons repulse positive protons. And the closer together you bring them, the more they repulse. That is until you reach a tipping point where the protons are so close to one another that nuclear forces can take over, combining the protons into different atoms and releasing a lot of energy (visualizations here).

Arrays of high-power lasers are being used today to force atoms close enough for these nuclear reactions to take place. Unsurprisingly, this requires a lot of power. More power than what is released, for now.