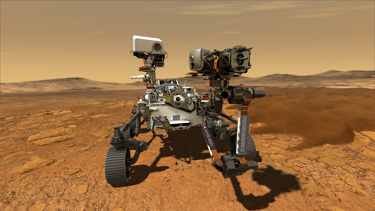 Alluxa’s filters help enable non-contact detection and characterization of organics and minerals on Mar’s surface. Developed in conjunction with NASA’s Jet Propulsion Lab (https://www.jpl.nasa.gov) in Pasadena, California, the SHERLOC instrument, part of the Perseverance payload, is a Deep UV (DUV) resonance Raman and fluorescence spectrometer that will scan for past life on Mars and help identify rock samples for possible return to Earth.

SHERLOC operates at the end of rover’s robotic arm, using two distinct detection modes that include two types of UV light spectroscopy, plus a versatile camera. According to Luther Beegle, principal scientist and investigator at NASA Jet Propulsion Laboratory, “It can detect an important class of carbon molecules with high sensitivity, and it also identifies minerals that provide information about ancient aqueous environments.”

Mike Scobey, Chief Executive Officer at Alluxa, notes, “All of us at Alluxa are delighted to have worked hand-in-hand with JPL to develop a specialized notch filter with ultra-high transmission, which will aid in groundbreaking discoveries on Mars via the Perseverance Rover’s SHERLOC imager. We are proud to have been part of this historic mission.”

ABOUT THE COMPANY:
Alluxa (www.alluxa.com – Santa Rosa, CA) designs and manufactures next generation, hard-coated optical filters using a proprietary plasma deposition process. The company’s unique, purpose-built deposition platform and control systems were designed, developed, and built by our team to address the demanding requirements of the next generation of systems and instruments. Our objectives are to increase production capability and continue to provide > 99% on-time delivery while creating the world’s most challenging filters at breakthrough price points.