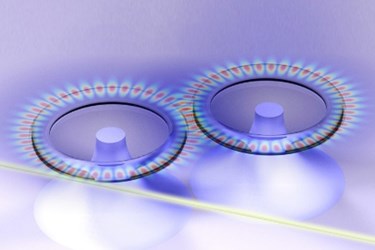 A seemingly paradoxical laser effect, which had been predicted by scientists from the Vienna University of Technology (TU Wien) has now been confirmed by a new experiment, published in "Science".

What started out as a mathematical oddity, has now become a new kind of laser technology. Two years ago, physicists at TU Wien predicted a paradoxical laser effect: Under certain conditions, a laser can be switched on not by supplying it with more energy, but by taking energy away from the laser. First experimental signatures of this effect were recently reported at TU Wien. In collaboration with colleagues at Washington University in St. Louis, USA and at Riken, Japan the researchers have now succeeded in transferring the paradoxical effect to a laser system where it could be studied in detail. The results have now been published in the journal “Science”.

Switching on by switching off
Matthias Liertzer and Professor Stefan Rotter first discovered the effect in computer simulations. “When two small lasers are placed in close contact with each other, they can influence one another in a way which at first glance seems to contradict any expectation”, says Stefan Rotter. “Usually a laser shines when it is supplied with energy. But there are situations in which additional energy can switch off the lasers – and energy loss can turn them on.”

In a laser, photons are multiplied. A chain reaction sets in, which eventually produces a strong beam of light. Usually, any kind of loss is highly undesirable. When too much light is lost, for instance through an imperfectly mirrored exterior wall of the laser, the light producing chain reaction comes to a halt and the laser goes out.

In the experiment, which was carried out by Bo Peng, a graduate student, and Dr. Sahin Kaya Ozdemir, a research scientist, with the research group of Professor Lan Yang in St. Louis, USA two tiny circular lasers were placed next to each other. A thin chromium needle was added to the system, which strongly absorbs light. By accurately adjusting the needle, the amount of loss could be tuned. “The experiments confirmed our predictions: when the system is close to an exceptional point, the absorption of the needle switches the laser on”, says Stefan Rotter.

Understanding the mathematical features of these exceptional points could turn out to be useful for quite a few different applications, Rotter believes: “It could be employed for highly sensitive detectors, or for any system consisting of coupled oscillators like in opto-mechanics. There are certainly many interesting effects out there that that can still be explored in connection with exceptional points,” says Stefan Rotter.