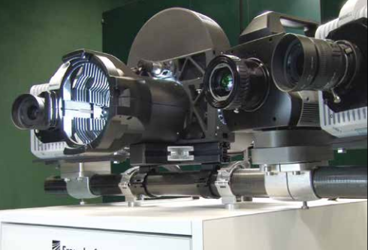 A new camera system developed by researchers at the Frauhofer IOF in Jena is designed for the 3D detection of objects with two high-speed, high-resolution, monochrome cameras and a GOBO projector. Temperature changes can play a role in typical dynamic applications such as crash tests or airbag deployment in addition to fast special processes. The new system was recently upgraded its system with a cooled high-performance thermal imaging camera from FLIR in order to create a true 3D thermal imaging system with the ability to record up to 1000 frames per second. Download the paper for the full story.