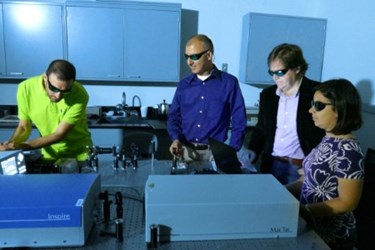 Researchers at the US Army post Redstone Arsenal have developed tiny photovoltaic (PV) solar cells that have the capacity to convert light energy in to electrical energy.

The new solar cells are claimed to be smaller, more efficient, and can absorb light within a larger wavelength range at any angle.

The new panel sandwiches thin layers of metal like gold and silver between the semiconductor layers, which allows a wider band gap for energy generation and can reflect harmful solar rays.

Tiny panels can eliminate additional expenses for motorised sun tracking stands, as it is capable of producing the same amount of energy irrespective of the angle that sunlight hits the panels.

US Army Aviation and Missile Research physicist Dr Michael Scalora said: "The key to the development of efficient, compact solar cells are advances in nanotechnology, nano-fabrication techniques and thin-film production.

"Current solar cells based on single crystal [pure] silicon have advanced significantly over the years."

US Army Weapons Development and Integration Directorate Optical Sciences Function chief Wayne Davenport said: "We have invested in many basic researches without giving much thinking on the near-term profits, as the short term profits are sometimes unidentified, but it is worth investing in those products.

"The army's research laboratories at Aviation and Missile Research, Development, and Engineering Center (AMRDEC) continue a legacy of high-quality research projects and I expect to see many more of these type projects transition to the Warfighter in the future."

The new development is expected to overcome the negatives of conventionally used solar panels, which not only generate less energy, but also stands chance of damage from infrared and ultraviolet wavelengths.