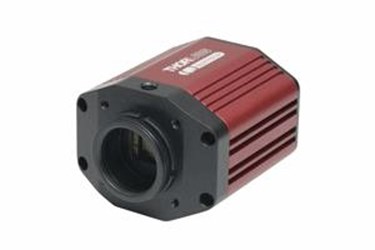 Thorlabs has announced the release of its new 2.1 Megapixel Quantalux sCMOS Camera based on a high-performance 1e- read-noise imager. Ideal for demanding imaging applications, the monochrome sensor can image the full frame [1920 (H) x 1080 (V)] at 50 fps with 16 Bit resolution and offers a peak quantum efficiency of 61% at 600 nm. Packaged in a housing that measures just 2.38" (at its widest point) x 2.78", the sCMOS camera is equipped with passive thermal management for the sensor, reducing dark current without the need for a cooling fan or thermoelectric cooler. A USB 3.0 interface provides compatibility with most computers.

"We are excited to introduce Quantalux, a camera with superb 1e- read noise and high dynamic range. Our goal was to achieve a price/performance level that provides researchers and OEMs with a cost effective option for achieving low-light images without compromising on key specifications," commented Jason Mills, General Manager of Thorlabs Scientific Imaging. "In addition to the outstanding performance, Quantalux users can benefit from the ease of integration with a comprehensive software suite that includes ThorCam (our Windows GUI) as well as support for third-party applications such as ImageJ/Micromanager, LabVIEW, MatLab, and our developer-friendly SDK."

The compact housing of the Quantalux sCMOS camera is feature rich, enabling seamless integration into a multitude of setups. An adjustable C-Mount adapter is factory installed into the SM1-threaded optical aperture of the camera for out-of the-box compatibility with industry-standard microscopes and camera lenses. Various mounting taps are also provided for optical post and 30 mm cage system compatibility.