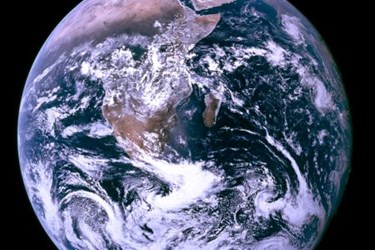 When Lewis and Clark led the Corps of Discovery Expedition in the first decade of the 1800s, they had no idea where they were going or how they were going to get there. If only they had some sort of satellite that would have enabled them to view every river at least 330 feet across from Camp Dubois, IL to Fort Clatsop, OR. Imagine how much simpler their expedition would have been.

While it came 220 years too late for Lewis and Clark, that technology exists today as announced by NASA, and it’s going to allow researchers to develop a “better understanding of Earth’s water cycle” which will in turn “both aid in better management of water resources and expand knowledge of how climate change affects lakes, rivers, and reservoirs.”

The satellite, officially known as the Surface Water and Ocean Topography (SWOT), is a “collaboration between NASA and the French space agency Centre National d ’Études Spatial (CNES), with contributions from the Canadian Space Agency and the United Kingdom Space Agency.”

SWOT is scheduled to launch on December 5 on a SpaceX Falcon 9 rocket from Space Launch Complex 4E at Vandenberg Air Force Base in California. NASA's Launch Services Program at Kennedy Space Center in Florida will manage the SpaceX launch service.

Once in orbit, it will make measurements of over 95% of Earth’s lakes, rivers, and reservoirs. “Current databases maybe have information on a couple thousand lakes around the world,” said Tamlin Pavelsky, the NASA freshwater science lead for SWOT, based at the University of North Carolina, Chapel Hill. “SWOT will push that number to between 2 million and 6 million.”

Among the mission’s scientific objectives are to characterize the ocean mesoscale and sub-mesoscale circulation at spatial resolutions of 10 km and larger. The hydrologic science objectives of the SWOT mission are:

The data NASA gleans from SWOT will benefit the environment and help combat global warming by providing a deeper understanding of every type of Earth’s waterways. That data also will benefit any entity that utilizes those waterways.

Consider the military, for example. It utilizes waterway transportation extensively to transport everything from petroleum, oils, and lubricants (POLs) to heavy machinery to troops because of the cost advantages waterway transportation provides. Routing on waterways can improve dependability in transit time, lower security risks, enhance training opportunities, and provide significant savings in both transit and up/downloading costs. Knowing which waterways are deep enough and wide enough to accommodate the boats navigating them will prove to be invaluable.

Think also about the military's role in responding to hurricanes. When Hurricane Ian made landfall in late September dozens of organizations jumped in to help including the Coast Guard and multiple National Guard units.

According to The U.S. Department of Defense “More than 5,200 National Guard soldiers and airmen from Florida and seven other states assisted with Hurricane Ian response efforts, ultimately saving the lives of more than 2,000 people and 50 pets. Their work in Florida included … conducting search and rescue operations. The team effort also included the Coast Guard and the Army Corps of Engineers.”

While those responding performed admirably one can theorize what more could have been accomplished if they had more detailed, accurate maps – such as those they will have after SWOT completes its mission – of the waterways in the Florida Keys, Gold Coast, and Southwest Florida to aid them in their search and rescue efforts.

Of course, eliminating the need for any search and rescue post-hurricane is the ultimate goal and the data SWOT is going to mine will allow for more accurate, detailed forecasts which, in turn, will aid in the evacuation of cities in any future hurricane’s path.

According to the National Oceanic and Atmospheric Administration (NOAA), “Forecasting where a hurricane will go and how strong it will be starts with data. Hurricane specialists at NOAA study satellite imagery and computer models to make forecast decisions for advisories that go to emergency managers, media, and the public for hurricanes, tropical storms, and tropical depressions.”