I Want You: The Second Space Race Is Underway 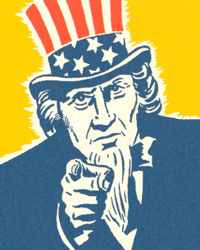 The second Space Race is underway. Perhaps it’s not creating all the hubbub of the quest to put a “man on the Moon” ahead of the Russians, but it should be.

This second wave comes as we commemorate President John F. Kennedy's historic address given 60 years ago. In front of a crowd of 35,000 at Rice University, Kennedy lauded U.S. intentions to explore the Moon and beyond. Strikingly, his intention for space exploration decades ago rings true today: “But I do say space can be explored and mastered without feeding the fires of war, without repeating the mistakes that man has made with extending his writ around this globe of ours. ...There is no strife, no prejudice, no national conflict in outer space as yet. Its conquest deserves the best of all mankind, and its opportunity for peaceful cooperation may never come again.”

Are these peaceful times in space? Maybe, for now. In just a few days, the Artemis I mission is slated to launch an uncrewed test flight of the Orion spacecraft to the Moon on Aug. 29, 8:33 a.m. The mission intends to pursue the development of human existence on the Moon, then on Mars. Despite the feel-good notion of the new mission, which also aims to land the first woman and person of color on the Moon, some would redirect attention to several critical, less-than-hospitable actions by near-peer adversaries. Take the Russian trolling of a U.S. satellite, for example.

This present-day Space Race — driven not such much by the wonderment of exploration as that of necessity of domination — needs the undivided time and attention it deserves.

Because this time around, there’s another contender also vying for space supremacy: China. And as concluded in the State of the Space Industrial Base 2022 report issued earlier this month, China is dangerously closer to securing global domination through space than what we would imagine. In fact, China has a singular focus of achieving military and economic space dominance by 2045 — and it’s a timeline that appears to be shrinking, perhaps to as soon as 2030, according to the report.

Chinese dominance, they say, would be “an imminent threat to democracy, the free market economy, and the international liberal order.” And because of that threat, the report’s authors, with industry and government input, have issued six key recommendations for U.S. action.

Foremost is the development of a North Star Vision, a “clear and ambitious” plan to rival those of Russia and China, one that spans not just decades but a century of innovation. A “whole-of-nation” approach isn’t new and, in fact, is in its third year of discussion and recommendation from the group creating the report. Paramount to such a plan would be a commitment to seeking off-world power generation and human settlement in space, says the report.

And by human settlement in space, the report means humans living in space, every day. People not currently involved in or even thinking about the space industry, other than to peek at the latest images from the James Webb Space Telescope, are encouraged to envision their lives as
“healthcare workers, engineers, miners, metal workers and Amazon delivery drivers” in space.

In addition to calling for human space habitation, the report also asks for the speeding up of licensing and environmental clearances for the good of national security, the restructuring of the Office of Space commerce to be housed under the Secretary of Commerce (not hidden in the weather service), a quicker DoD process for acquiring and enabling commercial solutions, and stronger domestic manufacturing and supply chains.

Encouragingly, the space industrial base saw a recording-breaking year for investments in 2021, with $15.4 million spread out among 241 space startups. That’s more than double the $7.7 billion invested in 2020. Worldwide, the space economy is expected to top $1 trillion by 2040. Yet despite that surge in U.S. spending, it’s believed that China is growing at an even faster rate.

On top of that, the U.S. is still largely dependent on foreign sources for parts and components, which is compounded by the lack of production contracts awarded to meet the demand coming from Silicon Valley and other areas of innovation. To make strides stateside, government must work more inclusively with commercial, civil, and national security space innovators, says the report. Fortunately, there are uncontrollable forces working in its favor.

China, for instance, is facing a worker shortage, with many skilled workers nearing retirement and a shrinking labor pool due to a declining population. By 2100, China is estimated to have a population of 587 million — down more than 50% from its 1.4 billion people today. What’s more, it stands to lose manufacturing jobs to countries like India.

So what can the U.S. do? Lots, says the report. Some solutions are near-term, such as updating policy and procurement practices to reflect present-day needs, while others are longer and broader in scope, like enriching STEM/STEAM education. Given its sheer size, China leads the U.S. in research and development workforce and science and engineering graduates. By 2030, China is expected to outnumber U.S. STEM graduations 15:1. The deficiency is not lost on the optics and photonics community in which companies, whether they operate in the space market or not, have struggled to attract and retain skilled domestic workers.

Given the global political climate on land and in space, the image of the Uncle Sam poster surfaces in my mind. Only this time, instead of recruiting Army soldiers for World War I, he “wants you” for Space Race II.