For reliable 360° perimeter monitoring in security applications such as people counting or tracking tasks, machine vision expert Vision Componets has developed an innovative solution based on the proven VCSBC6210 nano intelligent single board camera. The new VC360 camera is considerably more cost-efficient than existing panorama camera systems. Equipped with four sensor heads, it can be integrated into a wide range of customer-specific housings as an OEM module. Unlike standard dome cameras with fisheye lenses, the new camera is not designed for ceiling installation. Instead, it is suitable for installation at floor to eye height. Since ceiling-mounted cameras only record what happens underneath them and do not necessarily keep an eye on the ceiling itself, they cover an angle of less than 180°. This proves problematic in panorama applications, since remote objects or objects outside the aperture angle cannot be detected. The four sensor heads of the VC360, by contrast, monitor a 90° angle each and provide a 752 x 480 pixel (Wide VGA) resolution. The intelligent camera which is based on a 700 MHz processor assembles a 360° panorama picture with a 1.5 megapixel resolution from these images and independently corrects the lens distortion. Thereby, the blind spot is eliminated and the complete vertical visual field is covered. 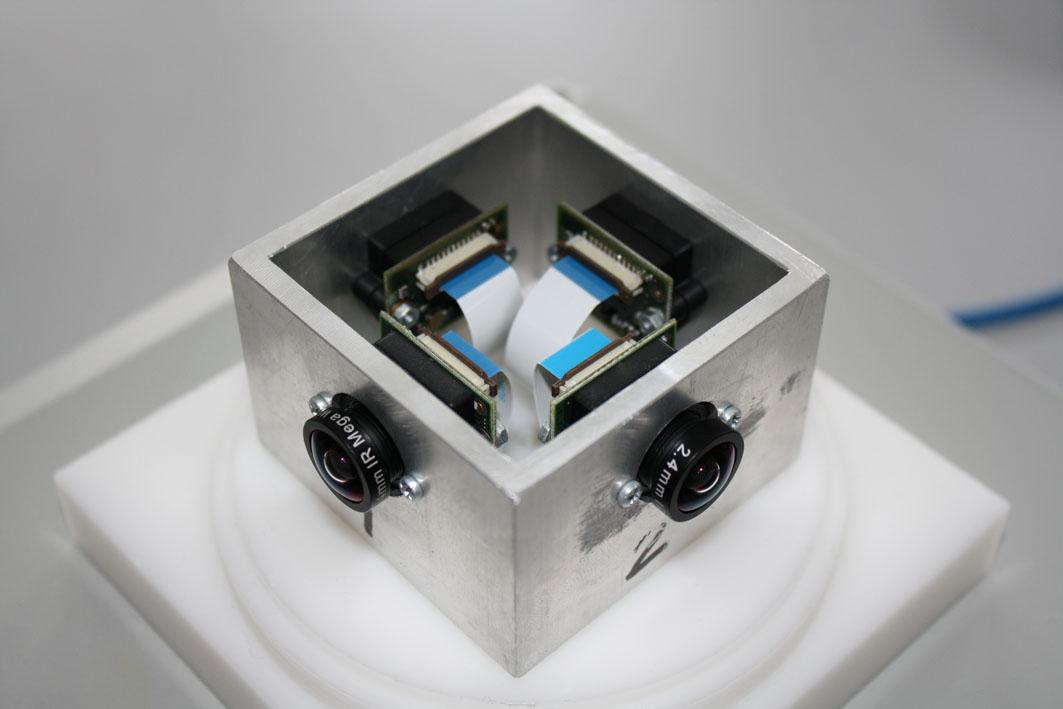 Featuring an integrated web server, the VC360 can be easily controlled via web browsers, allowing users e.g. to trigger zoom and pan functions. It is suited for distances between 0.5 m and infinity and allows for live streaming. An Ethernet interface enables network integration. Further interfaces, such as RS232, are optionally available. Power can be flexibly supplied with 3.3 to 24 V. Moreover, battery operation is also possible, ensuring long operating times through the low power consumption of the VC360 and a standby option.

About Vision Components GmbH
Vision Components GmbH, founded in 1996 by Michael Engel, inventor of the first intelligent camera for industrial applications, is a leading supplier in the field of machine vision. Branches and distributors represent the Ettlingen-based company worldwide in more than 25 countries. Vision Components develops and distributes intelligent, network-compatible real-time Smart Cameras, which are able to operate without a PC and can be integrated into almost any industrial facility. Typical applications include quality inspection and automation. Equipped with the proprietary multitasking VCRT operating system, VC Smart Cameras can be easily configured for all possible tasks. Furthermore, VC provides software libraries for a wide range of applications including motion capture, decoding, measurement, and positioning. Additionally, VC develops custom-tailored solutions for specific tasks such as wafer handling in the solar industry or OEM camera modules for medical devices technology.