Quantum Computing Is Mainstreaming But Are We Ready For It? 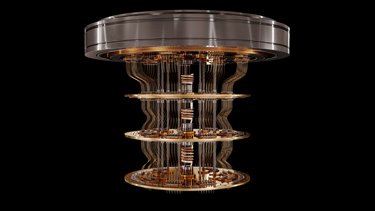 Quantum computing is relatively new but is growing by leaps and bounds. Currently, there are more than 600 companies and more than 30 national labs and government agencies worldwide that are developing the technology. Its future’s so bright it’s got to wear shades – but are we ready for its inevitable rise?

“Quantum computing is rapidly approaching commercial viability,” writes Lenore Elle Hawkins, a Nasdaq contributor. “And when it does, it will have an enormous impact on our lives, accelerating advances in emerging technologies, such as EV batteries, biotechnology, and artificial intelligence, in ways that are unimaginable today.”

For proof of quantum’s commercial potential, Hawkins cites IBM’s investment in a new quantum computer, Osprey, which has 433 qubits –  triple the number of data processing elements compared to last year.

And IBM isn’t wrong in positioning itself to capitalize on the windfall quantum computing will bring. According to KBV Research, “The global enterprise quantum computing market size is expected to reach $6.4 billion by 2028, rising at a market growth of 24.4% CAGR during the forecast period.” The list of companies joining IBM in developing quantum computers or aspects of quantum computing is a who’s who of worldwide leaders notes Hawkins. It includes Amazon, AMD, Baidu, Google, Honeywell, Intel, Microsoft, Quantum Computing, and Toshiba, as well as private companies such as D-Wave Systems, Atom Computing, QC Ware, and PASQAL.

Hawkins wraps up her article writing, “The massive leap in processing capabilities that comes with quantum computing will make possible a world that today is the stuff of science fiction. It will bring the ability to process enormous amounts of data incredibly fast, a total game changer in machine learning, and will allow simulations that are unimaginable today.”

So, let’s imagine the unimaginable.

Oh, The Things We’ll Do

Quantum computing will change virtually every market, including manufacturing, BFSI, energy & utilities, aerospace & defense, healthcare & life sciences, IT and telecom, and others according to KBV Research. In the past year alone quantum computing has contributed to:

All of the investments, collaborations, and government spending are going to pay off in numerous ways. TechCircle lists five specific trends to keep an eye on this year, starting with improvements in AI models. “With the use of quantum computing, AI models will be able to solve the problem of language barriers,” writes TechCircle. “Not only will the use of quantum computing help AI models to seamlessly understand languages, but also empower AI teams to build a global AI that can speak multiple languages.”

The World Economic Forum (WEF) notes, “The potential of quantum computers to break the security of common activities in our daily lives could have severe consequences. The quantum threat will increase data breaches of sensitive health and financial personal data, challenge the integrity of digital documents and break certain cryptocurrency encryption.”

They also warn, “Any organization possessing information that will be valuable five to 15 years from now should carefully evaluate the consequences of its data exposure in future contexts. The time window to act is narrowing. Organizations should begin acknowledging the significant risks quantum computers pose.”

To help you start a quantum-secure transition, the WEF has published Transitioning to a Secure Quantum Economy, a white paper in collaboration with Deloitte that guides businesses on how to start preparing for quantum computing today.

The speed, ability to solve complex problems and simulations, and potential to transform artificial intelligence and machine learning will no doubt prove beneficial to the general public. But we can’t put the cart before the horse as there are several obstacles to overcome – interference, error correction, output observance, and security – before it will truly be omnipresent. But that day is coming, and it will be sooner than later.