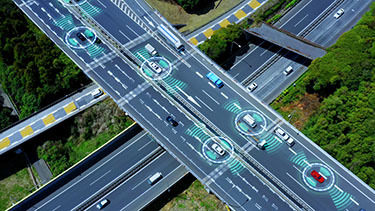 The 905 nm wavelength band initially made great sense for use in autonomous vehicle light detection and ranging (LiDAR) systems. Pulsed diode laser emitters and detectors operating at 905 nm already were ubiquitous in other applications, meaning they had proven reliability, could be procured at relatively low cost, and were available from established supply chains. Moreover, engineers’ familiarity working at 905 nm wavelength range ensured few surprises awaited them.

However, the 905 nm band exhibits shortcomings in LiDAR applications.  First, the human eye transmits 905 nm light to the retina, triggering emission power limitations imposed by various safety regulations, including 21 CFR 1040 in the United States and IEC 60825 internationally. Second, the low-output energy characteristic of the 905 nm band creates challenges in reflected light. Namely, other sources of high or ambient light can reduce the overall signal achievable when operating at 905 nm.

The 1550 nm band has been explored as a supplemental operating wavelength to overcome, or at least offset, some of those challenges — providing users a fail-safe mechanism in case of detection problems at one wavelength or the other. The eye absorbs most wavelengths beyond 1400 nm, preventing much of that light from reaching the retina, so LiDARs in the 1550 nm band can safely emit at higher power, and thus achieve greater range, than systems operating at 905 nm. Additionally, signal-to-noise (S/N) under sunlight is improved because the intensity of solar radiation around 1550 nm is rather weak.