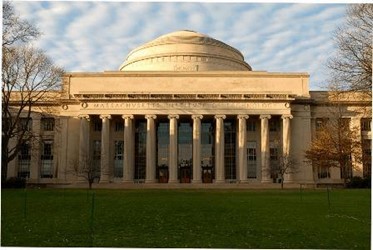 Researchers at the Massachusetts Institute of Technology (MIT) have built a portable yet powerful microscope capable of chemically identifying individual micron-sized particles.

Almost every material can be chemically identified by its unique infrared absorption spectrum "fingerprint", and this can be measured through an established method called a photothermal modulation of Mie scattering (PMMS). While PMMS itself is nothing new, MIT's microscope uses more advanced optical components to create and detect the Mie scattering, and is the first to use an imaging configuration to detect multiple species of particles, according to a news release. These components include a quantum cascade laser, combined with a very stable visible laser source, and a commercially available scientific-grade camera.

For testing this new spectroscopy technique, "Trace quantities (tens of picograms) of material were deposited onto an infrared-transparent substrate and simultaneously illuminated by a wavelength-tunable intensity-modulated quantum cascade pump laser and a continuous-wave 532 nm probe laser. Absorption of the pump laser by the particles results in direct modulation of the scatter field of the probe laser. The probe light scattered from the interrogated region is imaged onto a visible camera, enabling simultaneous probing of spatially-separated individual particles. By tuning the wavelength of the pump laser, the IR absorption spectrum is obtained," according to the study's abstract, published in Optics Letters.

MIT's new microscope was able to distinguish individual 3 μm acrylic (PMMA, or polymethyl methacrylate) and silica spheres in the small sample of material imaged — equivalent to a spatial resolution of around 1 micron, compared to the roughly 10-micron resolution of traditional infrared spectroscopy methods.

“If there are two very different particles in the field of view, we’re able to identify each of them,” said Alexander Stolyarov, technical staff and a co-author of the paper. “This would never be possible with a conventional infrared technique because the image would be indistinguishable.”

The researchers anticipate that further improvement in high-power wavelength-tunable quantum cascade lasers will allow them to image and analyze larger quantities of material and particles in the same amount of time. They also want to test the new microscope using samples with interferents – substances whose presence interferes with an analytical procedure and generates incorrect results – to prove that the device indeed can distinguish between different particles.

Traditional instruments using infrared detectors have cooling requirements, which tend to make them bulky and expensive. The new method can be used in comparatively more portable screening devices, offering low-cost but fast and accurate detection of harmful or controlled materials, according to the researchers.

“The most important advantage of our new technique is its highly sensitive, yet remarkably simple design,” said Ryan Sullenberger, associate staff at MIT Lincoln Labs and first author of the paper. “It provides new opportunities for nondestructive chemical analysis while paving the way towards ultra-sensitive and more compact instrumentation."