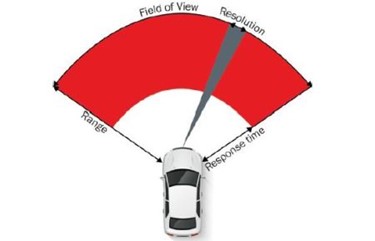 LiDAR technology used for autonomous and driver-assistance systems for automobiles and unmanned aerial vehicles measures the time-of-flight of electromagnetic waves from the moment they leave the laser source until the time they are detected by the light sensor after reflecting from an object. Rather than radio waves, most lidar systems use infrared lasers, particularly diode lasers. The limiting factor on a diode laser’s pulse features is not the laser itself—it is the electrical driver that supplies the electrons to the laser diode. This white paper discusses the challenges involved in optimizing the performance of a nanosecond electrical driver in a flash LiDAR system. Download the full paper for more information.