Permanent and legible direct part marking on medical products for identification, traceability, and functionality is essential to both the manufacturing process and the use of those products by end users. Medical product marking and decoration is used for inventory control, process management and internal tracking, branding, and functionality. In many cases, lasers provide the preferred means of marking and identifying those products. Laser marks can provide the following benefits:

Generally speaking, most laser marking is performed with two distinctly different wavelengths (colors) of light: That produced by CO2 lasers (10.6 µm wavelength), and that produced by YAG, fiber, and vanadate lasers (approximately 1064 nm wavelength). Fiber lasers dominate the market for lasers operating at 1064 nm and are the preferred wavelength for direct part marking on all metals. This article will focus on metal marking with fiber lasers.

There are three ways to mark metal with a fiber laser: Ablation, engraving, and stain (also referred to as anneal marking, dark marking, or oxidation marking).

Ablation marking typically disrupts the surface of the part and material removal is just a few microns (µm), fractions of a thousandth of an inch. Ablation marking is fast and very little heat is applied to the part.

Ablation marking can dull the bright finish of polished surfaces, or it can discolor or remove coatings or plating. Ablation marking generally gives a frosted white look when applied to a bare metal surface, and does not allow for a high degree of contrast.

However, excellent  contrast can be achieved if a dark-colored coating or plating is ablated away during the marking process. 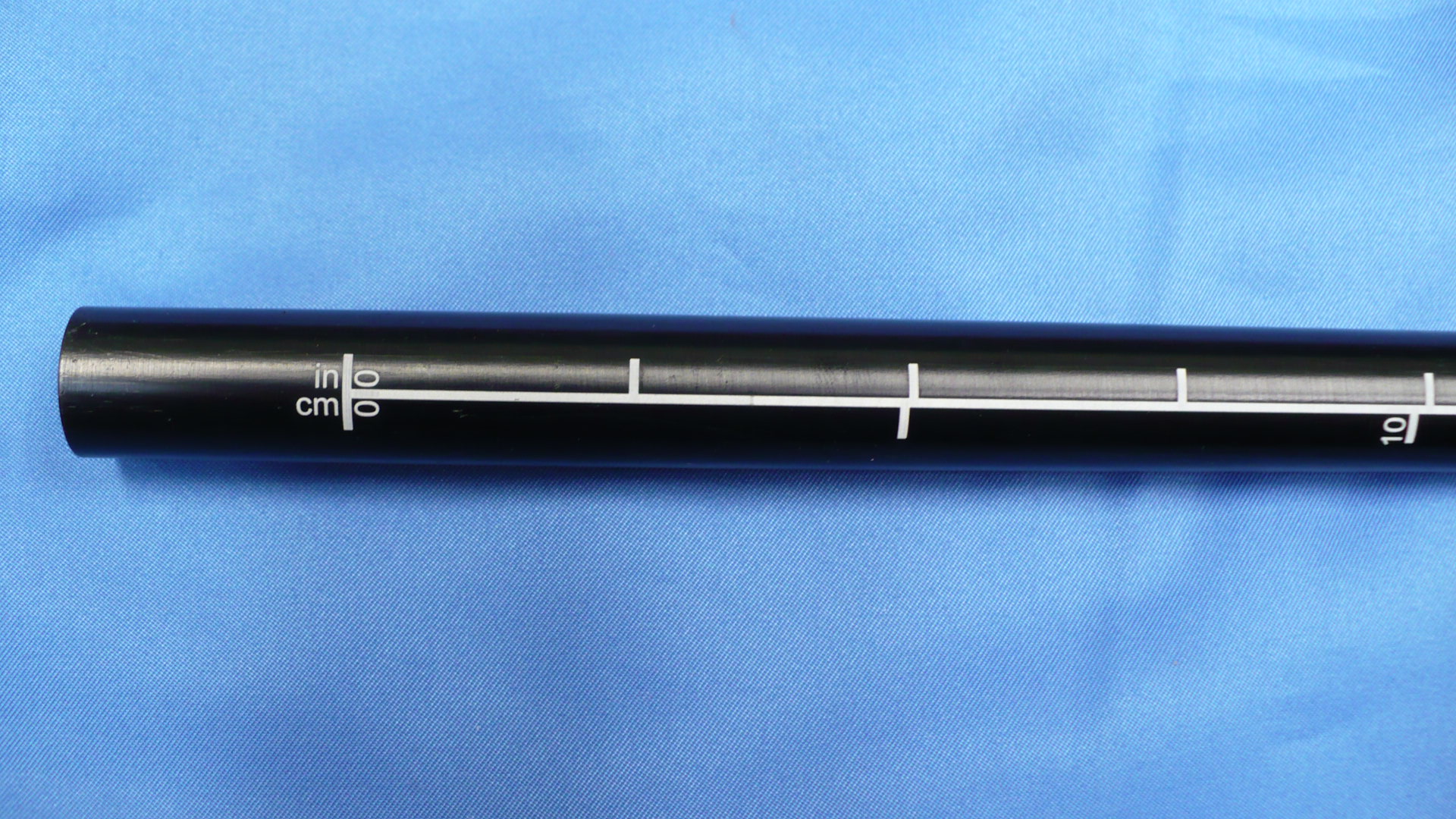 Engraving involves substantial material removal. The final depth of the engraving is dependent on how long the laser beam is allowed to work on any area of the substrate. Engraving is the preferred technique when the part is subjected to an abrasive environment, or when there is a requirement for paint or color fill to be applied.

The downsides to engraving medical devices with a laser are that lots of heat is applied to the part during the engraving process, the depth of the engraving provides a trap for debris, and paint or color fill materials can contaminate.

Stain marking is an excellent technique for laser marking stainless steel or titanium — of which most metal medical device parts that come through our laser marking job shop are made. Stain marking involves applying heat to the surface of the part in such a way that, rather than vaporizing material away — such as is done with ablation or engraving techniques — a dark oxide layer forms wherever the laser beam comes in contact with the part. This oxide layer is a few microns thick and usually provides excellent contrast. If properly applied, the oxide layer will not disrupt the passivation of the material and will not wash off.

And I use the term “properly applied,” regarding stain marking, with the utmost gravity. A quick Google search reveals a number of interesting articles on the subject of stain marking and corrosion issues related to stainless steel. In short, care must be taken to ensure that the passivation properties of stainless steel remain intact after a stain marking process.

Too much heat, applied in too little time, has the effect of subjecting the part to long-term corrosion that develops at the boundaries of marked areas on the part. If the part is passivated after marking, an aggressive nitric acid process can either remove this oxide layer or lighten it to the point of having unacceptable contrast. Most device manufacturers seem to have developed their own special passivation process in order to preserve the contrast of the mark, and to maintain the integrity of the passivation. Less aggressive citric acid passivation processes seem to be gaining in popularity.

At Jimani, we have had some success employing a spot passivation technique, which consists of dabbing a bit of citric acid solution over the marked area for a few seconds, and then wiping it off thoroughly. This is by no means a controlled or recommended process, it is simply something we have done at times and received favorable comments about from customers. Over the years, I have formed the opinion that device manufacturers’ passivation techniques vary from shop to shop, and that each manufacturer’s techniques are generally considered proprietary information.

The key to successful stain marking is laser power density applied to the part. Power density depends on the amount of power coming out of the laser and the size of the focused laser spot at the substrate. If the power is too high, or if the lens focuses the light to a very small spot, the result will be material vaporization, and the surface of the substrate will be ablated or engraved. If the power is too low, or the focused spot size too large, there will be no visible effect on the substrate. 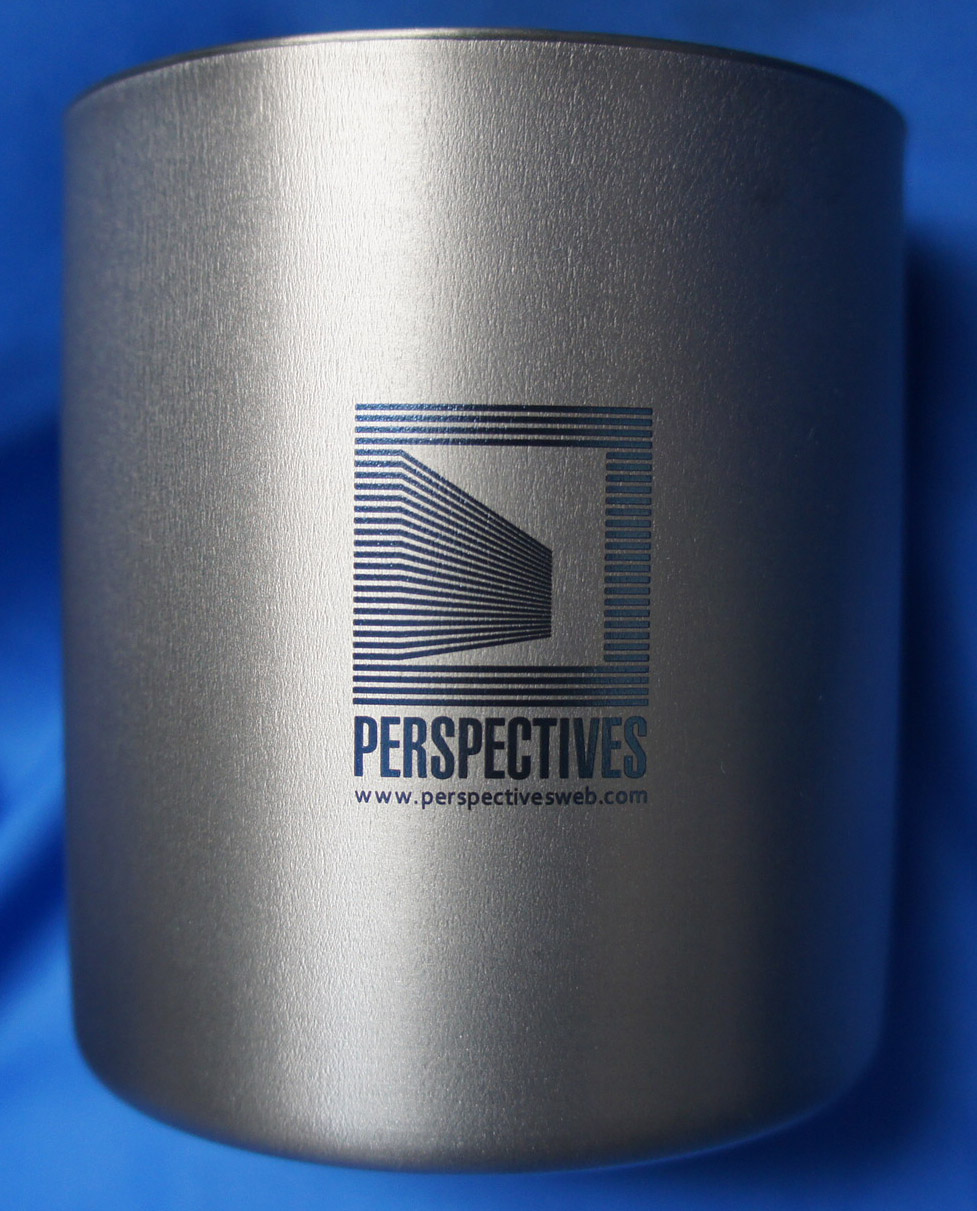 The focused spot size can be manipulated by moving the lens out of focus with respect to the substrate, although there are some problems associated with this technique. At Jimani, we adjust the spot size optically, which allows us to keep the lens at the focal point that it was designed for. Once the proper focused spot size is obtained, some combination of laser power, scanner mirror speed, and laser pulse frequency will produce a dark oxide on the surface of the substrate.

Laser marking metal for medical applications allows permanent and well-formed characters and graphics to be placed directly onto a part for identification, traceability, and branding. But keep in mind that, as with any advanced technology, practice and experience are necessary to obtain optimum results from specific laser marking systems on specific end products.