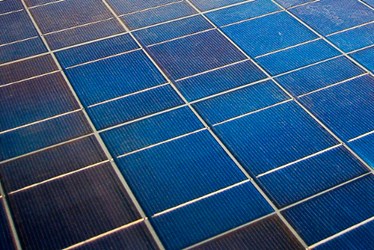 For an allegedly “dead” industry, photovoltaics is doing just fine. At least that was the message communicated to attendees during a special panel session at Photonics West 2014 exclusively dedicated to trends in solar energy. Titled Green Photonics: A Solar Revolution, the session covered topics ranging from emerging technologies to growing a business in this challenging but promising market.

Stephen J. Eglash, executive director of the Energy and Environment Affiliates Program at Stanford University, moderated the event. The panel featured three industry experts in the photovoltaics field: Homer Antoniadis, global technology director of DuPont Photovoltaic Solutions; Raffi Garabedian, CTO of First Solar; and Martin Green, Scientia Professor at the University of New South Wales and the Australian Centre for Advanced Photovoltaics. Each from a different background, they provided unique perspectives on the world of photovoltaics.

According to the panel, the scale-up and wider adoption of photovoltaic technology is contingent on overcoming five important challenges.

1. Efficiency
In order for photovoltaics to become a more mainstream and pragmatic energy source, the efficiency of solar panels will need to improve dramatically. Green, a world-renowned figure in photovoltaic research, was thoroughly optimistic about improving solar cell efficiency. Currently, modules vary between 13 and 20 percent efficiency, but, according to Green, the future could hold efficiencies of up to 40 percent. He added that high-efficiency materials like cadmium telluride and polycrystalline silicon seemed to come “out of nowhere,” which bolsters his confidence in the existence of even higher efficiency materials. While Green admits that there is still a long way to go, he maintained that “evolving to higher efficiencies has been happening historically and will continue to happen.”

Unfortunately, there is a caveat. Green represented the R&D side of the industry, where high efficiencies are possible — but may not be fiscally plausible for mainstream technologies.

2. Reliability
While it may be a secondary concern for those involved in research, reliability is a very high priority for businesses. Material characteristics like lightfastness and moisture resistance need to be rigorously evaluated in order to meet the typical 20- to 30-year lifetime warrantee of a photovoltaic product. This can be challenging, despite the best efforts of materials companies to provide very high quality goods.

First Solar’s Garabedian summarized the challenges of reliability when he said, “We make modules that have to survive in the sun in real-world conditions for 25 years, and that’s no easy task.”

When the moderator asked if there were any opportunities for products with shorter lifetimes, DuPont’s Antoniadis was not particularly optimistic. During his time at a startup company, he had a hard time launching a solar product with a three-year lifetime. Since installation costs dominate the pricing of photovoltaic products, demand for products with shorter life cycles is limited.

Antoniadis compared solar panels to shingles, as they are expensive, difficult to install, and function as part of a home’s exterior for years. No one wants the hassle of replacing roofing every three to five years, and that is especially true for solar panels, which are dramatically more expensive and complex.

There was, however, one area of exception. Garabedian explained, “The wildcard is rural markets.” The opportunity for large-scale deployment and the rapid rate of change in developing countries could make a product lifetime of 5 to 10 years plausible and lucrative.

3. Manufacturability
Manufacturability is a prominent concern in the photovoltaics market, as researchers seek disruptive new materials. In early stages of development, many higher efficiency materials are held back by their inability to be produced cost-effectively on a large scale.

4. Subisdies
Another daunting challenge to the photovoltaic industry is subsidy assistance, or rather, the impending lack thereof. Subsidies have been a significant contributor to the growth of the solar industry, but they are going away relatively quickly. A member of the audience asked the panel if the industry was, in fact, ready for that detachment from government support.

First Solar’s Garabedian anticipates “a shakeout of weaker players” as subsidies continue to disappear.  “Photovoltaics is an industry that requires scale today in order to be competitive,” he said. “It’s not about better technology, it’s not about better marketing. Scale is a necessary component for survival.” First Solar can certainly survive without subsidies, but that news does not bode well for smaller entities in the market.

Fortunately, subsidies are still strong in some areas of the world. While there has been a slower adoption rate in the U.S., Andoniadis said that one “need[s] to look at photovoltaics as a global trend.” As indicated earlier, there are tremendous opportunities in developing countries, where subsidy support is still strong and the lack of an existing energy infrastructure is conducive to widespread deployment.

5. Regulation
Another huge impediment to the expansion of the photovoltaic industry is regulation. Even if photovoltaic technology were at a price point competitive with other mainstream electricity sources, there would still be issues. According to Garabedian, retail pricing is a slippery and “illusory concept,” as there would still need to be massive policy and industrial overhauls in order to make photovoltaics available at that scale. Until that happens, developing a product for a retail price point will not be a primary focus for the industry.

The University of New South Wales’ Green mentioned that even in Australia, where more than one out of every eight households have adopted photovoltaics as a primary energy source, there are still regulatory challenges.

These regulatory issues further illustrate why developing countries are the most fertile ground for the solar energy industry. Limited regulation, undeveloped power grids, the potential for large-scale deployment, and the opportunity to use products with shorter lifespans all contribute to why the photovoltaics industry is focusing on emerging markets.

Photovoltaics In 2014 And Beyond
Photovoltaics is an incredibly challenging industry where very few companies stay in business, let alone churn out a profit. The aforementioned challenges certainly attest to that, but there are still opportunities for growth and innovation.

In predicting photovoltaics’ future, Green’s guiding philosophy is that “you can’t go wrong pushing for higher efficiency,” but Garabedian made it clear that there are other ways to improve the technology and find new opportunities. While he maintained that efficiency is paramount, he acknowledged other aspects of photovoltaic research that are wide open for advancement.

As subsidies in the U.S. continue to decline, higher-efficiency materials emerge, and new market opportunities arise, the field of photovoltaics in 2014 promises to be as tumultuous, and potentially rewarding, as ever.

Are the regulatory challenges for large-scale deployment in the U.S. too steep to overcome? How do you think the market will respond to the decrease in subsidies? Are there markets for lower-efficiency, lower-cost solar panels with shorter lifetimes? What other challenges do you think will affect the photovoltaic industry in 2014? Post your questions or comments below.