How One Light Source Manufacturer Overcame The 2015 Neon Crisis

Various public news sources report that the semiconductor industry consumes more than 70 percent of the world’s neon production in the form of excimer laser gas (KrF and ArF) used for photolithography. In May 2015, neon supplies were suddenly constrained, sending prices up to 20 times their historical levelsi,ii.

Neon makes up approximately 96 percent of the gas content of excimer light sources — the main source of light for photolithography used in chip production (the balance contains argon or krypton, fluorine, and traces of xenon). These light sources require a periodic gas ‘refresh’ to remove byproducts of the excimer discharge, and to replenish with fresh gas species. 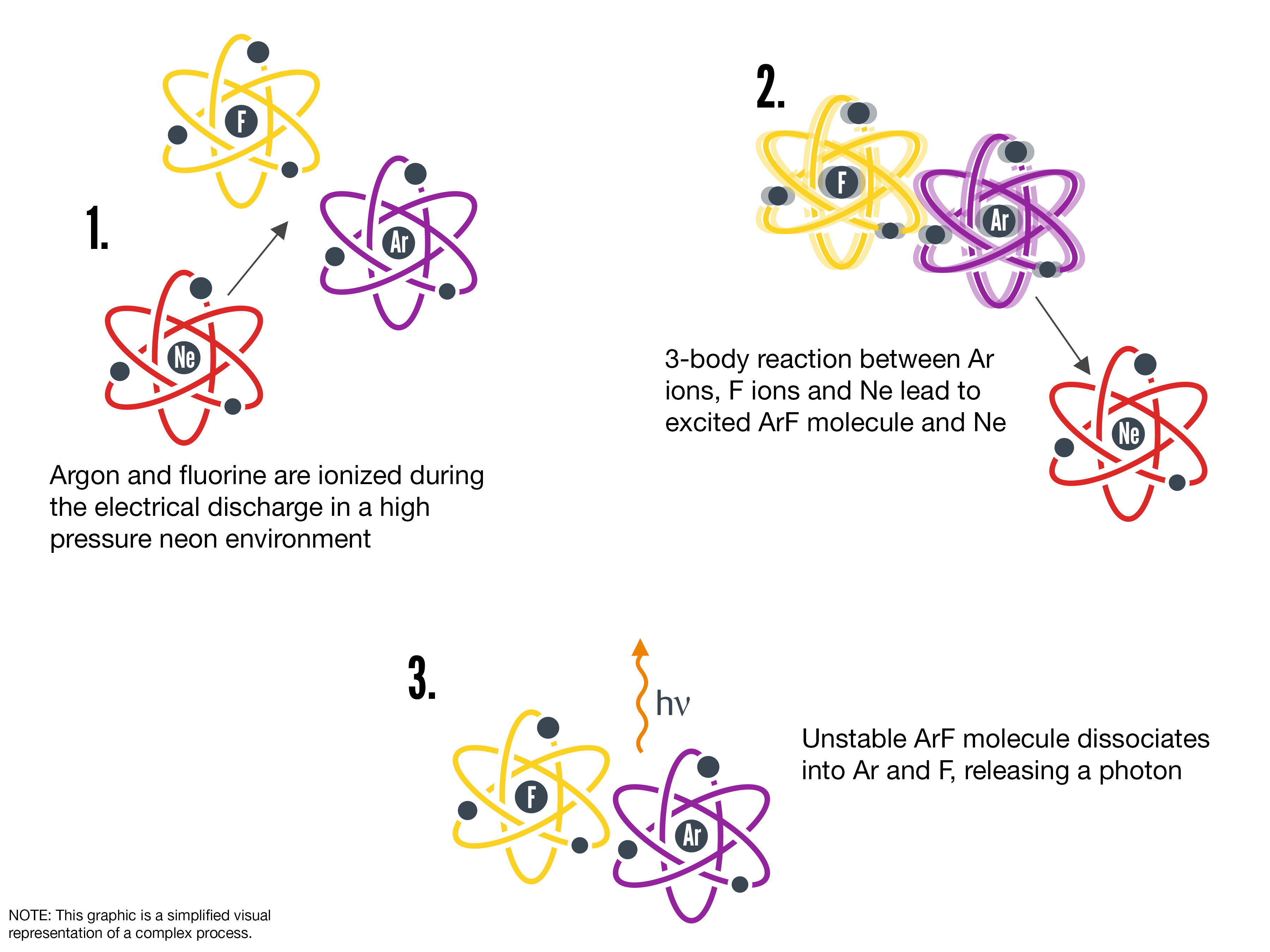 Neon production is typically associated with steel mills, where large air separation units are used to extract oxygen for steel production, but can also be used to extract rare gases, such as neon and xenon. This bulk neon requires purification to achieve the 99.999 percent purity for laser use, but there are only a handful of facilities worldwide that are equipped to perform this purification step. One of these facilities, based in Ukraine, reportedly is responsible for more than 50 percent of all neon purificationiii. The final gas mix is performed by a number of suppliers in the specialty gases market, and then distributed to the end users: semiconductor production facilities (fabs).

The neon crisis was triggered in part by conflict in Ukraine, resulting in slowed production and escalating costs on the part of gas suppliersiv. Many chip factories faced potential slowdown or even shutdown, because neon is used for the majority of lithography light sources. In addition to gas prices increasing as much as 10 times over previous rates due to the neon shortage, chipmakers also faced the prospect that their supplies would be cut by at least 15 percent. Regional specialty gas suppliers reported diminished supplies, with Japan forecasting depletion by the end of August 2015. If this came to pass, it would effectively shut down all Japanese semiconductor manufacturing.

In response to this crisis, Cymer — a manufacturer of photolithography light sources — moved aggressively to develop solutions to drive down neon consumption for their excimer light sources. Having the largest install base, with approximately 2,500 Cymer light sources operating across 150+ fabs worldwide, reducing the amount of gas used to keep these machines running would have a direct impact on the neon shortage and the running cost for the chip makers.

Cymer undertook a number of steps in parallel:

A number of users inquired about alternatives to neon for this application as a way to eliminate dependence on neon from the supply chain. However, the alternatives are limited due to the requirements for this gas to perform as a buffer gas, promote the three-body interactions to produce light, and not react with fluorine. Helium was studied as a potential alternative, but it reduces the light source efficiency significantly, and it has the potential to be a constrained resource in the future.

The industry best-practices approach to gas management for these light sources involves frequent, small volume injects of fresh gas species while the light source is operating, combined with a periodic gas purge, whereby the optical cavity is evacuated of ‘old’ gas and refilled with fresh gas to remove buildup of byproducts. The periodic refill frequency evolved over the years to be less frequent, reducing production downtime and thus representing a very small contribution to overall gas consumption. The light source control system manages these functions automatically, using complex algorithms that take into account firing patterns and use conditions. By optimizing these algorithms, Cymer took incremental steps towards reducing gas consumption.

By July, Cymer had worked with multiple chipmakers to perform large-scale testing across a dozen fabs and more than 40 tools to confirm stable performance of the new, low-consumption algorithms. Changes of this type historically require long-term stability testing (on the order of six to nine months) across a few tools to gain confidence. The large amount of data gathered in a relatively short testing period confirmed a 50 percent reduction could be proliferated; the solution was made available to all chipmakers beginning early in September. Coincidently, gas suppliers resumed supplying neon, but costs have not returned to previous levels.

Work continued even as the first 50 percent neon reduction was achieved and implemented. To further reduce neon gas consumption, a similar approach of wide field testing, combined with close customer collaboration and the use of advanced gas-injection algorithms, is currently underway.

Finally, to provide additional safeguards for chipmakers in the future, efforts are in progress to capture, reclaim, and recycle the spent gas from these light sources, rather than directing them to a scrubbed exhaust. Several factories are pursuing a reclaim strategy where the spent gas, which contains more than 95 percent neon, can be put back into bottles and returned to the gas suppliers for reprocessing. Cymer is also engaged in a program to develop a gas recycling unit that can be installed in a semiconductor fab to provide local recycling through a sequence of filtering and reconstituting the correct mixture for reuse.

In summary, a potential disruption in chip production, following a breakdown in the neon supply chain, was avoided through close collaboration between chipmakers and Cymer. With this latest solution, not counting the recycle solution, the sum of Cymer neon-saving solutions introduced to the semiconductor industry will amount to over 70 million liters per year, or more than $200M.