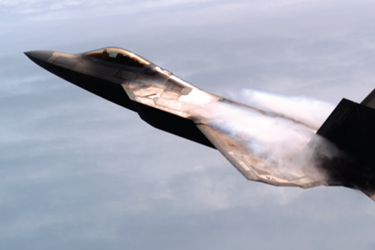 Over the years, his passion has landed him a variety of gigs, from commercials to Hollywood blockbusters. Recently, Vasquez worked with the USAF to capture unique footage of F-22 Raptors for marketing purposes—a project that took him from the subtropical heat of Florida to the sprawling glaciers of Alaska.

Because none of the cameras in the filmmaker's arsenal were fast enough to capture the jets' aggressive mid-air maneuvering, Vasquez utilized a Phantom Flex4K-GS high-speed camera- enabling him to capture the vapor formation on the jets in ultra-high-definition. Download the full case study to learn more.