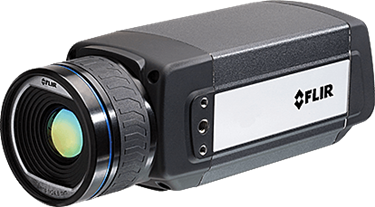 Impaired hearing is something that we usually associate with elderly people. However, many newborns are also confronted with hearing problems or are born deaf. In many of these cases, a normal hearing aid does not help and hearing patients are obliged to resort to so-called cochlear implants in order to be able to lead a normal life. These implants must be inserted into the cochlea through elaborate and very invasive surgery. Thermal imaging cameras from FLIR Systems have helped to make this process less invasive and thus much safer for the patient.

Cochlear implants are a wonderful achievement of modern medicine and have already helped many patients who are profoundly deaf or severely hard of hearing. The implant is surgically placed under the skin behind the ear. However, this technique requires highly trained surgeons and is not without risks. A surgical implant procedure may result in injury to the facial nerve, meningitis, tinnitus, infections, cerebrospinal fluid leakage and many other afflictions.

Researchers have been looking into making cochlear implant surgery less invasive. In a collaborative effort by the Swiss ARTORG Center of Biomedical Engineering Research and the Institute of Surgical Technologies and Biomechanics of the University of Bern as well as the University Hospital Inselspital of Bern, researchers have been working on an image-guided surgical robot system, which is able to drill a small tunnel hole in the skull behind the ear through which the cochlear implant can be inserted.

The new procedure is much less invasive than conventional techniques and allows for rapid recovery and minimum hospital stay time. The surgery is preceded by a CT scan of the head, a thorough computer-based planning of the drilling trajectory and a semi-automatic segmentation of important anatomical features. For the actual surgery, the acquired information then needs to be synchronized with the patient. The surgical robot requires a drilling depth of approximately 25 mm. Through innovative processes and a sophisticated security concept, the deviation from the planned end point can be kept below 0.2 mm, which reduces the risk of facial nerve damage significantly.

“During the drilling process, there is another risk that we need to take into account,” says Arne Feldmann, Biomechanics researcher and doctoral student at the University of Bern. “There is also the danger of degenerating the facial nerve solely by the drilling temperature, as the drilling trajectory is typically within a 0.5 mm range of the nerve. That is why it is very important to keep the drilling temperature below a critical threshold.” 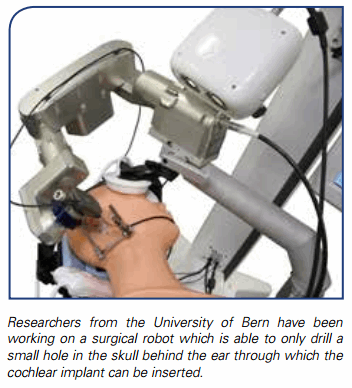 The optimization of this drilling process was the subject of a detailed pre-study conducted at the University of Bern. A purpose-built test rig was constructed in order to measure the temperature increase in the skull as a result of the drilling process. The entire process, for which cow bones were used, was monitored in detail by means of a FLIR thermal imaging camera and a load cell was used to measure drilling forces and torques. The researchers opted for a FLIR A655sc science-grade LWIR camera with a 50 µm close-up lens.

“It was very important for us to obtain a detailed thermal view of the bone structure, because we wanted to know exactly what happens during the drilling process in terms of temperature at any drilling depth,” says Arne Feldmann. “The area we were interested in is only about 10 mm in width and 30 mm in length. We were able to study this small window very accurately with the thermal camera. For a camera which is that affordable, the A655sc offered us a high level of image quality.”

With its uncooled detector, high resolution, and all of the cutting-edge functionality scientists and researchers have come to expect from FLIR, the A655sc brings affordable research and science thermal imaging and measurement to a whole new level. Combined with FLIR’s dedicated thermal analysis software, researchers have a powerful set of tools that allow them to achieve good results quickly.

“The test set-up would not have been successful without FLIR’s ResarchIR thermal analysis software,” Arne Feldmann continues. “We used ResearchIR to record the thermal video and to thoroughly analyze the results, including plotting out maximum temperatures and monitoring a number of critical points.” 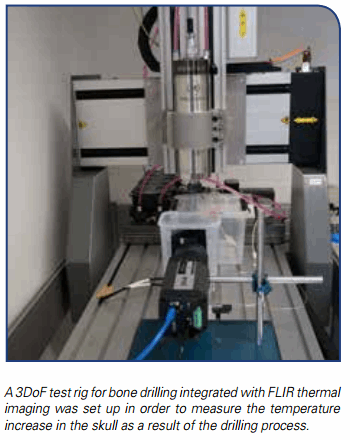 “The results obtained from our experiments with the help of the FLIR A655sc have allowed us to define an optimized drilling process,” says Arne Feldmann. “With the new minimally invasive and robot-based approach, safer, more gentle and less invasive cochlear implant surgery will be possible in the future.”