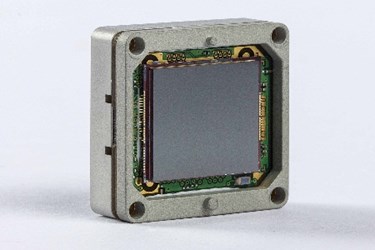 FLIR has greatly simplified the OEM process by offering a thermal subassembly that generates calibrated CMOS video out, using industry-standard interfaces. Because Muon is calibrated for TEC-less operation, OEMs no longer have to develop their own elaborate factory calibration equipment or processes. Muon is a thermal “engine” developed to operate on standard imaging device power and communication protocols.

It’s the latest milestone from the FLIR OEM group, which has established a reputation as a merchant supplier of thermal cores to an increasingly expanding market. The group introduced the industry’s first small microbolometer camera (the Alpha) in 1999, and has since launched five industry-leading successor products, Omega, Photon, Tau, Quark and Lepton.

“Muon is an innovative solution for OEM manufacturers intent on using their own image processing, packaging and optical technologies,” said Bill Terre, FLIR GM of OEM and Emerging Markets. “It represents FLIR’s ongoing leadership in developing OEM technologies that give our customers greater flexibility, while reducing up front manufacturing costs.” For more information, visit www.flir.com/muon