From a Department of Defense (DoD) standpoint, flexible hybrid electronics (FHE) is a highly interesting technology area. FHE is a new category of microelectronics using novel materials with stretchable, conformable, and flexible form factors. This emerging technology enables wearables, medical Internet of Things (IoT) applications, defense applications, and much more. By shifting from electronics based on rigid and fragile circuit boards to flexible electronics components mounted on substrates, such as plastics and textiles, the DoD expects to deliver revolutionary capabilities to future warfighters.

Although today’s typical aircraft or ship has thousands of sensors monitoring the state of the platform and its environment, the military is not monitoring the real-time state of its warfighters. FHE will enable low-profile and unobtrusive wearable sensors that will monitor cognition, fatigue, hydration, heat stress, cardiorespiratory response, and other factors to provide actionable data to individual warfighters and their commanders.

Similar technology also is expected to improve end-route medical care and monitoring — for example, through smart bandages that deliver drugs to a wound and wireless monitors that communicate with a caregiver. Indeed, the same manufacturing processes delivering smart bandages to wounded warfighters will enable the military to equip aircraft with conformal or integrated antennas that deliver additional communication capabilities without increasing drag. Integrated phased array antennas based on FHE may even improve aerodynamics by potentially eliminating the mechanically actuated dish antennas used on many modern aircraft.

FHE technology also is expected to deliver long-term cost savings to the DoD by reducing maintenance costs.  Research already has established proof-of-concept for embedded or conformal sensors that detect when platforms need maintenance. These sensors could revolutionize the current sustainment model, which often is based on mean time between failures (MTBF), rather than the actual state of a vehicle.

To enable these technologies for military suppliers, several manufacturing challenges must be resolved. For example, handling silicon microprocessors thinned to 20 microns (µm) certainly is a challenge, as is printing ultra-fine line conductors onto low temperature substrates.

NextFlex addresses challenges such as these through nine technical working groups (TWGs) active in developing roadmaps in critical application and manufacturing areas.  The institute’s mission is to advance FHE manufacturing techniques from a Manufacturing Readiness Level (MRL) of 3 or 4 to 7, and to ensure the technology is transferred to industry for commercialization (see Table 1). Each TWG is led by subject matter experts representing industry, academia, and the government, and the roadmaps highlight technology gaps, which Project Calls are issued to address. Project Calls are released for competitive submissions, drawing in entities with both a commercial interest and a willingness to put up a minimum 50-percent cost share.

The result is more than $45 million worth of projects underway to solve real manufacturing gaps, supported by $18 million in federal funding, with the remainder being covered by project partners’ cost-sharing contributions.  All project developments are shared with the NextFlex community, including government agencies and commercial partners.  The premise is that all application areas must be dual-use, and support the public-private co-investment partnership.

For example, one current project includes a human performance-monitoring adhesive patch that affixes to the skin and can process chemical signatures in perspiration. Data from this device can be used to assess the cognitive engagement of a military drone pilot, or the stress levels of a premature baby in a neonatal intensive care unit. This illustrates how technology can be developed for dual-use applications: one military and one clinical.

Another great example of dual-use technology is a project led by Si2 Technologies — partnered with University of Massachusetts-Lowell and Raytheon — aimed at developing new manufacturing methods to additively fabricate integrated array antenna systems.  Such a system could replace the traditional mechanically rotated dish antennas currently used in many communication systems.  Although it is possible today to manufacture such an array using surface-mount components and printed circuit board manufacturing techniques, the cost can be very high; the ability to build up these structures through an additive manufacturing process can reduce the cost by orders of magnitude.  In addition, the finished product will have significant weight reduction and can be folded or rolled, which has useful implications for orbital applications, as well as field-deployed antennas.

Another such project, led by United Technologies Corporation, along with partners Acellent Technologies and Stanford University, makes use of both the electrical and mechanical properties of silicon, enabling a sensor array to be manufactured and then stretched and integrated into an airframe or airplane wing.  Once installed, the sensor network can produce localized strain maps of the composite wing structure, which would be useful in extreme cases for bird strike detection or enemy fire damage to the wing or airframe.  Perhaps the most unique feature of this application is that it can create a sensor network with continuous response and provide a strain gradient map of the surface.  One notional application is to use such information to create force feedback into the flight controls of the aircraft and build a “fly-by-feel” type of operator environment for a high-performance manned or unmanned vehicle.

These and similar development projects are addressing a significant number of applications, and it is exciting to see how these programs are accelerating the development and adoption of new technology. Typically, Institute projects have a development timeframe of 12 to 18 months; after that, assuming they prove viable to volume manufacture, they should be market-ready within two to three years.

New vendors are attracted to the Project Calls and are learning to support the DoD – in turn, this dynamic gives DoD more options in both technology and supply chain sources that will put next-generation technologies into the hands of the warfighter.  The ability to work together on common challenges appears to be enabling the industrial base to invest in these growth areas with a lower up-front risk.  By all indications, new industries are being built in which America can be the global leader. 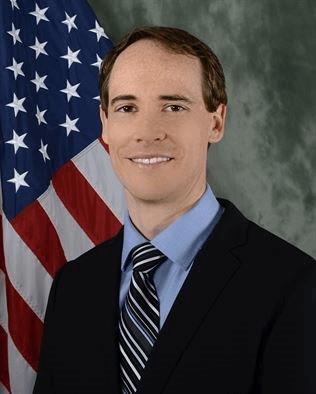 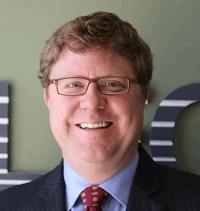 Jason Marsh, Director of Technology, is responsible for setting the technical direction of NextFlex, including managing Technical Council activities. Prior to joining NextFlex, Jason worked in Japan, India, Germany, Mexico, Malaysia, and China, where he established greenfield factories for Kyocera. As VP at Insulectro, Jason focused on new materials and supply-chain strategies for the printed circuit board and flexible hybrid electronics industries, focusing on high reliability applications. Jason studied materials science and robotics at Stanford University, worked on early versions of 3D printing using ceramics and metals, and developed instruments for physics experiments like Gravity Probe B.

NextFlex, America’s Flexible Hybrid Electronics Manufacturing Institute, was established in August 2015 by the Secretary of Defense and the Department of Defense ManTech under Manufacturing USA, an initiative focused on coordinating public and private investment in emerging advanced manufacturing technologies. Manufacturing USA brings together industry, academia, and government partners to leverage existing resources, collaborate, and co-invest to advance manufacturing innovation and accelerate commercialization.