As the US continues to increase its security at border crossings, airports and other points of entry, biometrics will play an important role. Fingerprints and other direct contact means will become final identifiers of persons. Currently, however, the fingerprint database effectiveness is limited by the size of the database, as well as the difficulty in obtaining fingerprints en mass. As result, most identification is done by customs agents using facial recognition and photo matching done.

One of the unique aspects of SWIR imaging is the unusual way in which natural and artificial materials appear in the SWIR part of the spectrum. For example, hair is highly reflective and thus appears white in the black and white imagery seen in the SWIR part of the spectrum, wavelengths from 0.7 microns to 2.0 microns. Artificial hair, on the other hand, will appear much darker, sometimes almost black. In the images seen here, an actor is wearing typical stage makeup in the color image at the left. On the right; however, we see the same actor in the SWIR band. Now, the artificial elements of the makeup appear quite obvious.

Translating this to a border crossing or checkpoint situation, one can assume that anyone wearing a disguise as they approach the border has some form of criminal or even hostile intent. Employed clandestinely, SWIR imaging can add a very valuable layer of protection in the defense of the homeland. 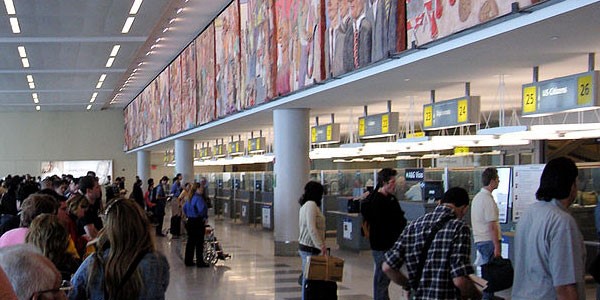 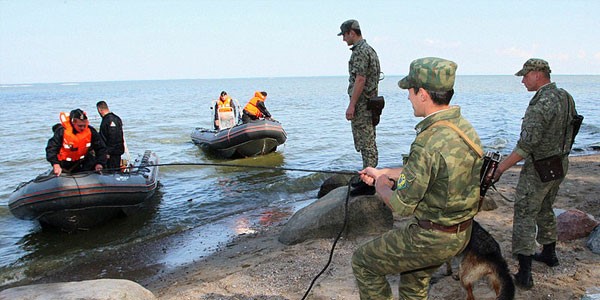 As the US continues to increase its security at border crossings, airports and other points of entry, biometrics and border patrol cameras will play an important role.

InGaAs SWIR imagers are complimentary to thermal imagers when it comes to vision enhancement and low visibility in poor weather conditions. Imagery in the SWIR is similar to visible imagery, in that it senses reflected light, thus interpretation and scene analysis is improved over thermal systems. Thermal imagers have good detection abilities, and such imagers are a good compliment to the short wave infrared. While thermal imaging can detect the presence of a warm object against a cool background, a SWIR camera can actually identify what that object is (for example, ships, vehicles, and personnel).

This video shows the superior performance of SWIR cameras penetrating through fog and haze of the San Francisco Bay Bridge.

In this video shows the clear advantage of short wave IR cameras in that they can penetrate through fog and haze in order to provide more information-rich imagery.

As an added benefit, Sensors Unlimited cameras require no cooling and can image day or night, eliminating the costly need to change a camera for day and night use. In order to serve a variety of security platforms, SWIR technology is rapidly advancing with better performance being offered in smaller packages.

Perimeter security with a defense-in-depth strategy is a typical solution for many facilities when viewed under the new light of global terrorism and sabotage. Perimeter defenses include fences, barriers, guards and security patrols. A strategy of defense-in-depth for critical infrastructure facilities typically places several layers of sensitive intrusion detection sensors in an illuminated buffer zone between an outer perimeter fence and actual facility equipment. Such intrusion detection devices include infrared imaging cameras, short-range radars and laser radar (LIDAR, or LADAR).

The left side of the image below is visible imagery of a landscape by haze. The right side shows clear SWIR imagery of a targeted spot on the scene. 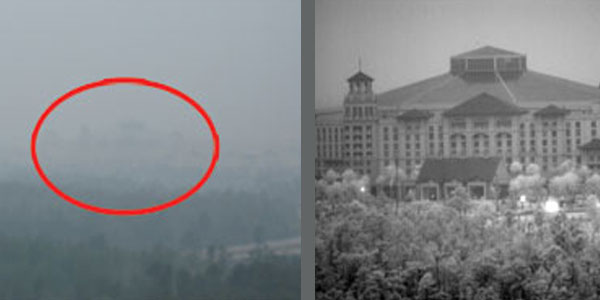