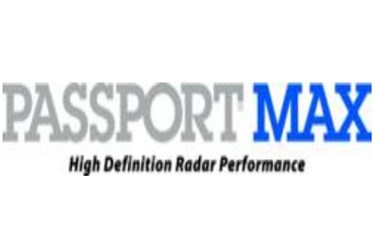 “Our new PASSPORT Max™ is the best detector we have ever made,” said John Larson, ESCORT President and CEO.

This dramatic increase in speed delivers a corresponding leap in detection capability and range.

“In 30 years of impartial testing, we haven’t seen this level of reporting range or immediacy of alerts by any other radar detector,” said Speed Measurement Labs President and CEO.

In one test, physicists used an extremely low powered radar gun to test sensitivity. Typically, detectors do not see this source beyond the one mile mark but PASSPORT Max™ reported the same source from beyond seven miles!

In another SML test, PASSPORT Max™ proved its extremely fast response time by alerting to measured test signals more than four times faster than any competitor detector ever tested.

To determine how far PASSPORT Max™ could alert, SML engineers used the longest physical distance on the range. PASSPORT Max™ reported every gun, every signal, to more than fifteen miles (standard detector testing for the SML range ends at nine miles as detectors predictably cannot pick up such weak test signals). PASSPORT Max™ simply reported alerts from the longest distance ever tested.

Additionally, high speed military DSP enables the PASSPORT Max™ to process signals with more than an order of magnitude increase in measured selectivity. An order of magnitude translates into a ten-fold increase in performance. This new level of selectivity, or intelligent signal analysis, is similar to the dramatic performance increase seen in forensics when technicians moved from fingerprint readings to the science of DNA analysis.

PASSPORT Max™ ‘sees’ the DNA of every received signal, a technology that no other detector possesses.

For drivers this means an entirely new level of signal information and awareness. PASSPORT Max™ filters the true alerts, those from radar guns, from unwanted false alerts, such as automatic door openers and motion sensors, that competitor radar detectors cry ‘wolf’ to over and over again. PASSPORT Max™ reports with an accuracy that exceeds any other technology ever driven.

"…this is the best radar detector ever made," said leading industry analyst, Radar Roy.

PASSPORT Max™ includes a mini-USB port for quick connection to the internet for software expansion, database updates and more. With internet connectivity, ESCORT engineers can always keep PASSPORT Max™ at the leading edge of detector performance.

PASSPORT Max retails for $549.95 and is available factory direct.