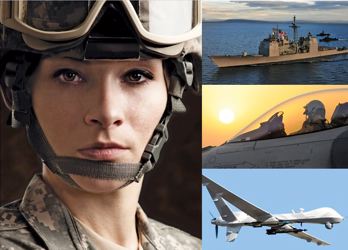 Nearly three years after the 2018 National Defense Strategy and with a keener eye on the competition, the Congressional Research Service (CRS) has identified six leading military technologies: artificial intelligence (AI), lethal autonomous weapons (LAWS), hypersonic boost glide weapons, directed energy (DE) weapons, biotechnology, and quantum computing. Not only does the report look inward, but it also assesses those technologies’ presence and progress within rival nations, or what the report calls “key strategic competitors.”

They’re looking at how well the U.S. stacks up against China and Russia.

The CRS report published late last month asserts the U.S. military claims technological dominance — for now. But it argues U.S. dominance is waning amid the concerted efforts by both China and Russia to outpace and overpower (should they need to) American forces.

We’ll take the assessment at face value. But less favorable outlooks claim the U.S. is not up to snuff with some of its technological endeavors, military or otherwise. (See former U.S. Air Force Chief Software Officer Nicolas Chillian’s exit note he penned on LinkedIn.) Just last week, intelligence analysts reported China has again tested a nuclear-capable hypersonic missile, which achieve speeds roughly five times the speed of sound and is nuclear capable.

Here are the takeaways from the report — the key technologies to look out for and how the U.S. is faring among its competitors: 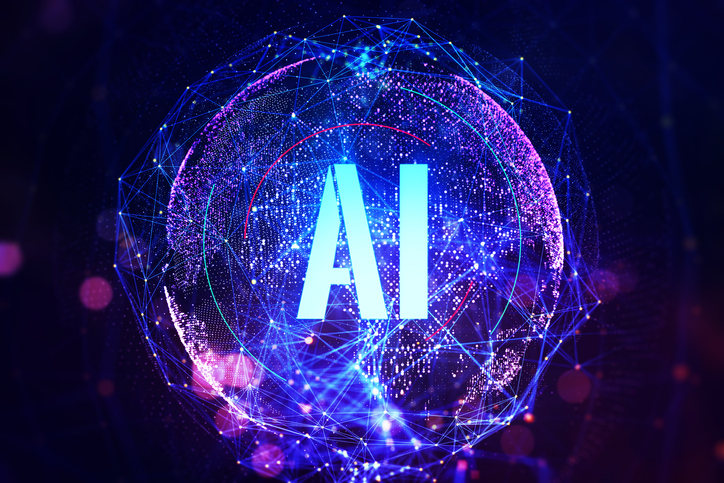 But, AI can often have unintended effects like racial bias due to algorithms developed with an noncomprehensive data set. It can result in mistaken identity, which in military applications could have lethal consequences. Its affects can also be intentionally harmful.

Consider, specifically, the implications of “deep fakes,” which highlight AI’s ability to forge video, audio, and image data with deleterious consequences. Employed as a “gray zone” tool, meaning it’s used before an official declaration of war, deep fakes can be disseminated to create false information, degrade public perception and trust, and even blackmail government officials.

Given the precarious nature of implementing AI, the DoD adopted a set of ethical standards regarding responsibility, equitability, traceability, reliability, and governability. And with a reported budget of $874 million for FY2022, Congress is pursuing investments into research and development, how AI can support top security missions, training and recruiting an AI workforce, protecting and improving upon existing technologies, and organizing global AI collaboration.

As for competitors, China is reportedly the closest in the AI market, with Russia lagging despite an admission by President Vladimir Putin that whoever becomes the leader in AI will become the leader of the world. Russia has committed to robotizing almost of third of its military by 2025 and is most focused on UAVs/semi-UAVs. 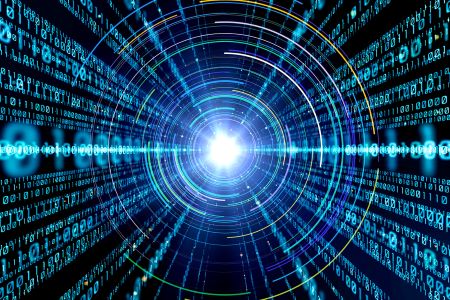 Lethal autonomous weapon systems, or LAWs, identify, engage, and destroy an enemy target without “manual human control.” It’s important to note the specific language here, as semantics matter when it comes to defining the most minute details. While there is no internationally agreed upon definition of LAWS, there are plenty of attempts to define its intricacies, with terms such as “human out of the loop,” “human in the loop,” “human on the loop,” and “full autonomy.” Suffice to say there is a lot of gray area in this domain.

And while the U.S. does not currently have LAWS in its inventory, it also does not ban them. Others, however, are seeking a global ban. About 30 countries and 175 nongovernmental bodies have called for a ban on ethical grounds, calling attention to questions of risk, accountability, and compliance with the law of war.

As for China and Russia, both countries are not claiming to have any LAWS programs, but a weapons manufacturer from each country has reported weaponry with autonomous capabilities.

Of all the technologies being pursued, hypersonic weapons garner the most money, with the Pentagon increasing funding requests to $3.8 billion for FY2022. The increased funding request matches Congress’ growing support for this type of weaponry, which has various categories. Here, we’re addressing boost-glide systems with a ballistic missile or medium-/long-range rocket booster base that’s topped with a maneuverable glide vehicle.

Hypersonic glide vehicles (HGV) can travel up to Mach 5, or 1 mile per second, but speed isn’t necessarily their draw. Rather, HGVs offer the ability to quickly change course after their release. What’s more, they are released at and fly at lower altitudes, meaning radar detectors cannot predict their flight path or intended target efficiently. While ballistic vehicles are still faster than boost glide-vehicles, the latter are more adept at evading detection and interception.

The U.S. is actively pursuing HGV innovations, but China and Russia have already developed their systems with nuclear capabilities. Two years ago, Russia activated two of its long-range SS-19 missiles equipped with their HGV, known as Avangard, and equipped it with a nuclear warhead. Analysts suggest Avangard would be deployed as a retaliatory measure only, but others have noted it could be used as a first strike.

China’s DF-ZF HGV has been tested nine times since 2014 and, when coupled with the DF-17 booster, could travel up to 2,500km. But it’s also developing its DF-41 long-range ballistic missile, which could also carry an HGV capable of flying at high speeds and low altitudes. Again, it’s expected China would use only in retaliation.

Still, the question remains how itchy each’s trigger finger may become. According to the CRS report, the notion of “strike first, strike fast” could foster crisis instability, provoking a conflict that neither party intended. 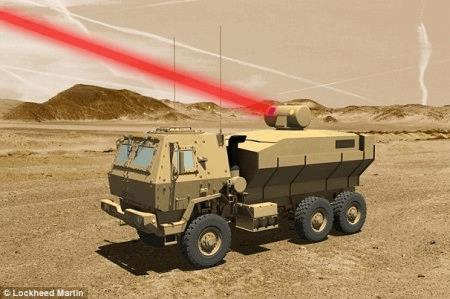 Directed Energy (DE) weapons account for more than $900 million in the FY2022 budget for both procurement and research, development, testing, and evaluation. The category encompasses several types of weapons but in this instance, high-energy lasers (HEL) and high-powered microwave (HPM) weapons are the focus. Both use electromagnetic, not kinetic, energy to target and disable (or even destroy) enemy property and personnel.

HELs have different incarnations, from short-range air defense (SHORAD) to counter-unmanned aircraft systems (C-UAS) to counter-rocket, artillery, and mortar (C-RAM), but their primary role is to “dazzle” or damage satellites and sensors. In doing so, they interfere with military communications and position, navigation, and timing (PNT) systems. HELs report lower costs per shot and higher-capacity magazines than traditional munitions, but right now the U.S. allow employs solid state lasers, which run on electrical power and do not offer the same energy-saving benefits.

HPMs provide wider coverage than HELs and thus better defense against missile salvos and multiple drones.  HPMs have made headlines in recent years as U.S. officials have concluded with some degree of certainty that HPMs are responsible for causing a neurological illness called Havana Syndrome. (More on that here.)

Looking ahead, the U.S. is eyeing advancements that make DE increasingly more powerful over the next 10 years. By 2030, the DoD plans to increase the weapon’s power levels to 1 MW. Currently, they hover around 150 kW. Lasers with 1 MW would have the ability to neutralize ballistic missiles and hypersonic weapons.

Critical to DE developments are improvement to beam quality and control to the extent they are military ready and sufficient in size, weight, and power (SWaP) characteristics and cooling requirements. Weather also remains a hindrance for DE compared with traditional weaponry.

China has already developed a 30kW HEL that can engage UAS and precision-guided weapons. While China has pursued both HPMs and HELs, Russia is keenly focused on HELs, having deployed a ground-based HEL capable of dazzling satellites and defending against UAS. 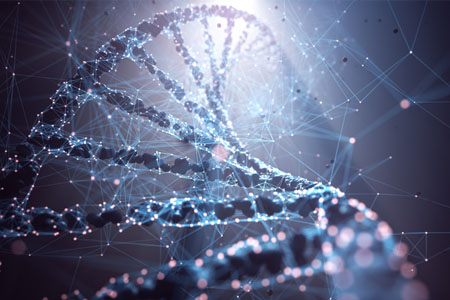 In the U.S., unclassified use of biotechnology — using life sciences to support technological applications — has been confined to improving military readiness, resiliency, and recovery. That encompasses everything from treating posttraumatic brain injuries to studying gene-editing tools, like CRISPR, that modify the DNA of plants, animals, and humans. Add to that reports that the U.S. has also sought applications that would improve solider strength, cognition, and endurance that would give them leverage over other humans.

The ethics of such alternations — how they’re used, when they’re used, and why they’re used — are paramount to thoughtful advancements. In China, however, it’s been reported that the country has already successfully used CRISPR on humans and even produced the first gene-edited babies (in 2018). Given China is home to the world’s largest repository of genetic information, including that of the U.S., there’s a concern that the data could be leveraged as bioweaponry.

Russia, on the other hand, is not as advanced in its endeavors. But recent reports that Russia employed a Novichok nerve agent to assassinate a former double agent suggests the country may be “similarly unrestrained” in pursuing weaponized biological agents, according to the CRS report. As it stands, only the weaponization of biotechnology is barred by international law. 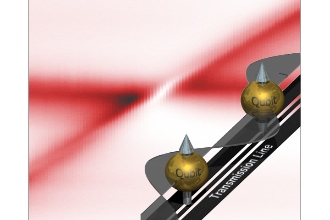 Quantum technology may be far from making sizable impacts within military application, but its implications could be tremendous in terms of sensing, encryption, and communication.

Quantum sensing could prove useful in environments with little to no GPS coverage and show potential for use in ISR. For example, quantum sensors could detect submarine movement, underground structures, or nuclear materials due to their sensitivity to environmental changes.

Quantum computing could have implications in artificial intelligence (AI) and machine learning for pattern and target identification, as well as improved accuracy in LAWS. Quantum computers could also decrypt classified information, but that capability might be a long shot. According to the report, a quantum computer with about 20 million qubits would be necessary to decrypt current methods, but most existing computers have no more than 100 qubits.

Quantum communications is also in its infancy, and a subset set of it, quantum key distribution (QXD), is the only quantum technology being sufficiently pursued by Chinese military. The report mentions no other attention from Russia or China.

The U.S. National Defense Authorization Act calls for more research and development into quantum technology. However, no official budget has been published; an external source estimates the budget for FY2021 was $688 million.

It can be argued that China is already dominating in this respect, having launched the world’s first quantum satellite in 2016, hosted the first quantum-secured intercontinental videoconference in 2017, and having completed a roughly 1,250-mile quantum network (also in 2016). Russia is reportedly five to 10 years behind the advancements made by the U.S. and China and has not allotted funds specifically for use in a military capacity.

Motivated by increasingly stiffer competition, the U.S. is investing heavily in military weaponry that pushes the boundaries of technology. Until now, the U.S. has remained a leader in those endeavors, with China and Russia nipping closely at (or already biting?) their heels.  If progress is to be had, it will be with robust investment and with thoughtful leveraging of public-private advances and partnerships.