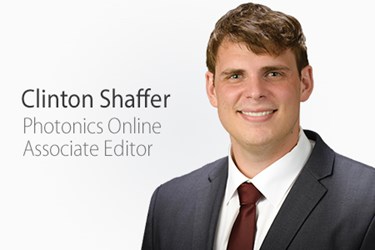 Perhaps most famously portrayed in Robert Heinlein’s Starship Troopers (1959), the idea of the “future soldier” has been around for decades. As rehashed in countless science fiction films and video games, the stereotypical future soldier is equipped with a protective exoskeleton, enhanced sensory equipment, seamless communication systems, and advanced weaponry. While the concept once seemed implausible, there are many real-world projects under way focused on realizing those seemingly fictitious warfighter capabilities — by integrating a plethora of diverse electronic subsystems into a cohesively operational suit.

One such project is the U.S. Special Operations Command’s (SOCOM’s) Tactical Assault Light Operator Suit (TALOS), which is slated for completion by July 2018. An ambitious project with collaborators across many military, academic, and commercial organizations, TALOS is a prime example of a warfighter technology that will require tremendous effort to integrate its individual subsystems and attain its lofty functionality goals.

The primary objectives of the TALOS project and similar programs include improving soldier capability, lethality, and survivability. What follows are some of the key capabilities that are driving the development of those projects.

1. Enhanced Situational Awareness
A major driver for future soldier systems is the need for improved situational awareness — a concept contingent on improving and integrating sensing and imaging technology. The TALOS system, for example, will incorporate an intuitive cognitive interface to provide users with easily accessible information from across a broad network of monitoring and sensory systems. Accessible information could include anything from the warfighter’s medical status to data from various threat-detection and environmental sensors. Different types of imaging, like thermal and infrared, and shared-vision capabilities will also play a major part in improving warfighter situational awareness.

2. Net-Centric Communications
In order to access and share the rapidly expanding amount of sensory information, future soldier systems will require comprehensive, multimodal communication capabilities that coincide with onboard computers for data processing and storage. Essentially, that means the system will need a sophisticated, secure way to integrate the commercial Internet of Things (IoT) concept into the battlespace — creating a network-enabled military force of soldiers interconnected with operating bases, drones, and remote sensors. Battle management systems (BMSs) have already started incorporating datacentric communications with video, picture, and chat functionality for more effective communication and better decision making across groups of connected soldiers.

3. Autonomous Vehicle Support
Another major initiative is to provide improved support to warfighters through the use of unmanned aerial and ground vehicles — not just for better surveillance and improved lethality, but also for protection and to aid with more mundane tasks. These projects include bringing total autonomy to currently manned systems, like the Blackhawk helicopter, and aiding soldiers with robotic assets for off-loading equipment. In order for human-to-robot cooperation to be successful, however, more intuitive communication systems will need to be developed for natural and effective man-to-machine collaboration in the field.

4. Exoskeleton Integration
For future warfighter technologies, the protective exoskeleton can potentially serve as the platform for integrating the various capabilities of the total system. While early versions of exoskeletons, like those in DARPA’s Warrior Web project, are under development to prevent musculoskeletal injury and reduce the overall workload of the individual warfighter, more sophisticated versions will incorporate technologies like improved protective glasses with advanced vision capabilities, bullet-stopping armor, and the communication and situational awareness functionalities discussed previously.

There are, however, some daunting obstacles to overcome before warfighter systems like TALOS see widespread use — some of which include the dwindling defense budget; the complex nature of integrating multiple, complex subsystems; and the challenge of training soldiers to use these sophisticated suits effectively.

The articles in this year’s edition of Electronic Military & Defense address some of the engineering and design issues encountered in trying to deliver the aforementioned capabilities to the future soldier — like designing wearable antenna systems (page 32), avoiding electromagnetic interference hazards (page 20), selecting the right sensor technology (page 38), and developing nanosensor technology for the battlespace (page 26).