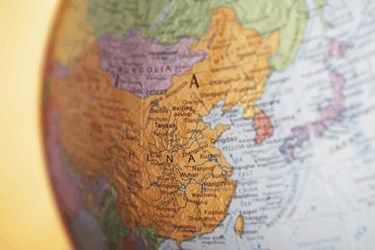 China is set to roll out later this month the pilot phase of the Jinan Project, a key part of what will become the first "unhackable" quantum communications network deployed commercially in the world.

Two hundred communication terminals in the city of Jinan – about halfway between Beijing and Shanghai – will shuttle messages back and forth along the world’s longest land-based quantum communication channels connecting the two major cities.

When fully constructed over a distance of 2,000 kilometers, the quantum key distribution (QKD) network will offer unprecedented network security for distant partners by using a cryptographic “key,” or password, to encrypt communications, including sensitive financial transactions.

Quantum networks are touted by scientists as more resistant to hacking than existing computer networks, and could be "unbreakable" if properly implemented.

Unlike conventional electronic and computer systems prone to hacking, users on both ends of the quantum network will be alerted instantly when communications are being eavesdropped or altered. This means that hostile foreign states and hackers theoretically will be detected more promptly when listening in on conversations or stealing data.

“We plan to use the network for national defence, finance and other fields, and hope to spread it out as a pilot that if successful, can be used across China and the whole world,” Zhou Fei, assistant director of Jinan Institute of Quantum Technology, the research institute involved in the project, told the Financial Times.

Operating a quantum network will be the latest addition to China's growing list of achievements in quantum technologies. Last year, it launched a satellite to enable the world’s first transcontinental QKD network that will exchange cryptographic keys using high-speed coherent lasers between relay stations in China and Europe.

Besides China, Europe is going toe-to-toe with the United States for supremacy in quantum applications. The EU has earmarked EUR 550 million into quantum technologies so far, and has released The Quantum Manifesto, which calls for the creation of a one billion Euro, flagship-scale Initiative in Quantum Technology that is slated to begin in 2018.

China, however, could surpass both the U.S. and Europe in the quantum communications field soon owing to stronger support of the commercial sector in the Asian country, said Byrnes.