By Phillip B. Espinasse 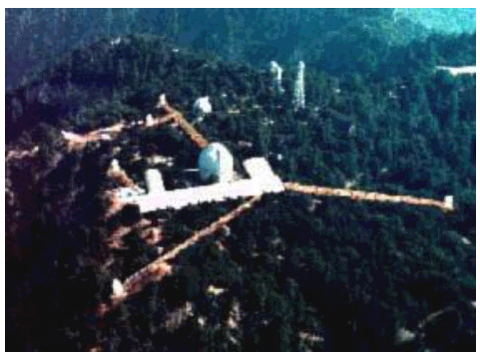 Figure 1. The CHARA Array has been digitally superimposed on this aerial photograph of the historic Mt. Wilson Observatory as viewed from the North. (Courtesy of Georgia State University)

This configuration will provide high resolution interferometry in the visible spectral region as well as at near-infrared wavelengths in the 2.2 µm range, with a limiting resolution of 0.2 milliarcsec in the visible. Chosen on the basis of its excellent atmospheric stability over this coastal range and location above the inversion layer, the Mount Wilson Observatory site benefits from clear nights and provides CHARA with a pre-existing infrastructure.

A team of scientists, led by Dr. McAlister, intend to use the powerful world class optical interferometer in an effort to determine how stars are formed and how they derive their energy. The array is applicable to problems in almost all areas of contemporary astronomy. It is particularly well suited for stellar astrophysics where it will be used to measure diameters, distances, masses, and luminosities of stars as well as to image features such as spots and flares on their surfaces.

Set-up & Operation
The array's basic design features involve six 1-meter aperture telescopes arranged in an optimal Y-shaped configuration, with a 350-meter maximum baseline expandable to beyond 500-meters. Equipped with 40 inch diameter primary mirrors, each telescope is fitted with an Alt/Az mount and an active tip/tilt at the secondaries (see figure 2). 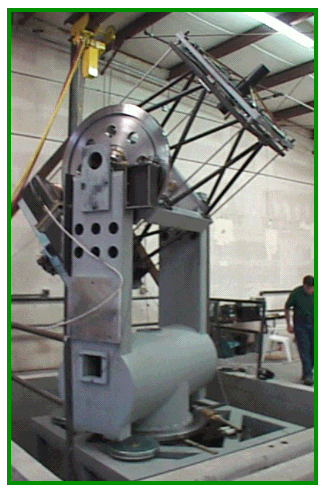 Figure 2. One of CHARA's six telescopes, fitted with Alt/Az mounts and active tip/tilt at secondaries (Courtesy of Georgia State University)

CHARA's telescopes are housed separately and operated remotely from a central laboratory. In order to obtain interferometric measures, the multiple telescope beams must be combined with equal optical paths.

Subsequent flat mirrors direct light from each telescope through vacuum pipes to the central laboratory. There, additional flat mirrors will further balance the polarization and phase delay, then direct the beams in the pipes of pan (POP), which are optical delay segments of various length required to equalize the optical delays. The light will then be diverted through a periscope arrangement into the optical path length equalizers (OPLE's) for fine adjustment of optical delay. The light passes through beam compressors, reducing the nominal beam diameter from 125 mm to 25 mm. Flat mirrors then direct the beams to the two dual beam combining systems, one for the visible (600-800 nm) and one for the IR (H and K bands) (see figure 3). 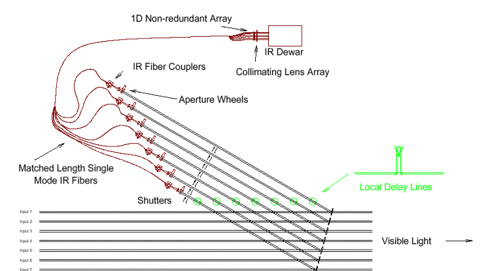 Figure 3. A seven-pair combiner with fiber coupling and dispersion onto an IR array detector is displayed. However, currently the array is only equipped for a six-way beam combination. (Courtesy of Georgia State University)

Future Work
An eventual goal will be to increase the number of telescopes on the array from the existing 6 to 8. The most favorable science goals, explains McAlister, are to monitor the effective temperatures and fluxes of single stars and to resolve stellar surface features. Investigation of binary and multiple stars to resolve spectroscopic binaries and detect low mass companions is also on the agenda. Other projects range from detecting other planetary systems to imaging the black hole driven central engines of quasars and active galaxies.

About the author…
Phillip Espinasse is a technology freelancer for Photonics Online, based in Bloomington, MN. He is currently involved in the research and development of RF c-BiCMOS processes at PolarFab, a mixed-signal IC foundry.