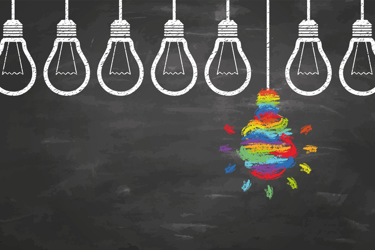 The aerial program will monitor the 80 percent of pipeline that cannot be inspected on foot. Each LiDAR scan will produce a map that shows gas plumes, providing GPS coordinates and measuring the leak's size. The program supports SoCalGas’s initiative to have net-zero emissions by 2045.

In COVID-19 news, a 3D-printed microscope developed by scientists at the University of Connecticut shows promise as an accessible, low-cost tool for vulnerable communities to quickly test for the coronavirus. According to IEEE Spectrum, Dr. Bahram Javidi and collaborators used a 3D printer and other readily available microscope components — bolstered by holography and deep learning — to identify COVID-19 in a drop of blood. Hematologist confirmed with Javidi that blood from COVID-19 patients would look different at the cellular level. In testing 10 patients with COVID-19, Javidi’s team successfully identified eight of the 10 as having the virus. When testing virus-free people, the method accurately produced a negative result for 13 of the 14 participants.

Also in the lab, MIT's Computer Science and Artificial Intelligence Laboratory (CSAIL) developed a laser-cutting tool that can identify 30 types of material, in hopes it will all but eliminate human error, thereby reducing waste and improving safety. Using "speckle sensing," CSAIL’s SensiCut identifies materials’ microstructure when its laser “interacts with the very tiny features of the surface and the rays are reflected off it, arriving at the pixels of the image sensor and producing a unique 2D image.”

Relying on visual identification alone leads to misidentification, which at best wastes resources and, at worst, releases harmful substances, according to the report. The tool also outperforms labeling practices rendered useless when a label is removed from or wears off a material. The team anticipates SensiCut could be added to other fabrication tools, like 3D printers, and plans to add thickness detection to the tool’s capabilities.

In agriculture, scientists at the University of Illinois are trying to prevent crop loss from drought, using imaging and machine learning to identify plants that use water more efficiently. Using a machine-learning tool that traditionally helps self-driving cars navigate tricky environments, scientists studied plant stomata, or pores, to determine their density, length and other factors in hopes of learning their relationship to carbon dioxide reception and water loss. The team also relied on thermal cameras to detect leaf temperature as proxy for determining water loss. Preliminary results suggest the size and shape of corn stomata affect drought tolerance.

The innovation transformed a painstaking and therefore rarely conducted task into something efficient and automated. With the broader data set, the team can now conduct complex statistical approaches to identify regions of the genome and lists of genes that indicate a crop that's more tolerant of dry conditions.