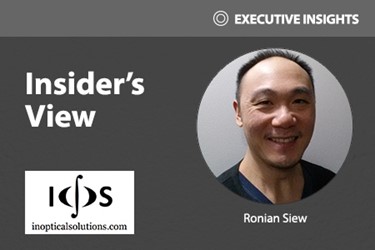 Why are the corners of the field of view in the image captured by a camera lens usually darker than the center? For one thing, camera lenses -- by design -- often introduce “vignetting” into the image, which is the deliberate clipping of rays at the corners of the field of view in order to cut away excessive lens aberrations. But, it is also known that corner areas in an image can get dark even without vignetting, due in part to the so-called “cosine fourth power law.” 1

According to this “law,” when a lens projects the image of a uniform source onto a screen, in the absence of vignetting, the illumination flux density (i.e., the optical power per unit area) across the screen from the center to the edge varies according to the fourth power of the cosine of the angle between the optic axis and the oblique ray striking the screen. Actually, optical designers know this “law” does not apply generally to all lens conditions.2 – 10 Fundamental principles of optical radiative flux transfer in lens systems allow one to tune the illumination distribution across the image by varying lens design characteristics.

In this article, we take a tour into the fascinating physics governing the illumination of images in lens systems.