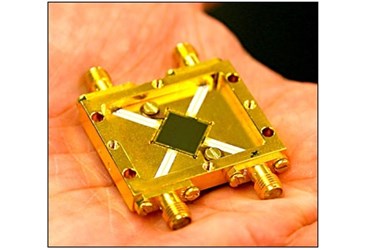 A new superconducting detector array that can measure the energy of individual photons is seen as a likely successor to CCDs and other semiconductor-based detectors for the visible and near-infrared regions, which are starting to hit performance limits.

"What we have made is essentially a hyperspectral video camera with no intrinsic noise," said Ben Mazin, assistant professor of physics at UC Santa Barbara, of the array that he and his team developed. "On a pixel-per-pixel basis, it's a quantum leap from semiconductor detectors; it's as big a leap going from film to semiconductors as it is going from semiconductors to these superconductors. This allows all kinds of really interesting instruments based on this technology."

Mazin's ARray Camera for Optical to Near-infrared (IR) Spectrophotometry (ARCONS) is the first ground-based instrument for those wavelengths using Microwave Kinetic Inductance Detectors (MKIDs). An MKID is a type of superconducting photon detector; microwave refers to the readout frequency rather than the frequency at which the detectors operate.

MKIDs were first developed a decade ago by Mazin, his Ph.D. adviser Jonas Zmuidzinas, professor of physics at the California Institute of Technology, and Dr. Henry LeDuc of NASA's Jet Propulsion Laboratory. MKIDs are used in astronomy for taking measurements across the electromagnetic spectrum. In his lab at UCSB, Mazin has adapted these detectors to operate in the ultraviolet, visible and near-IR. 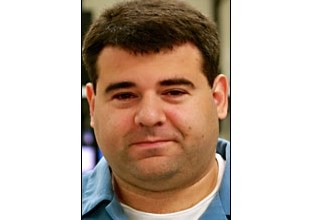 Superconductivity is a quantum phenomenon that occurs as certain materials are cooled to near absolute zero and all electrical resistance and magnetic fields are eliminated. MKIDs, which operate at cryogenic temperatures (typically 0.1 K), allow astronomers to determine the energy and arrival time of individual photons.

Forty years ago, we were doing optical astronomy with photographic plates, which use light to change a chemical emulsion," Mazin said. "When we switched from photographic plates to the charge couple devices (CCDs) contained in today's electronics, per-pixel performance of the detectors went up by a factor of 20.

In the last decade, CCDs and other semiconductor-based detectors for the optical and near-IR have started to hit fundamental limits in their per-pixel performance," he said. "They've gotten about as good as they can get in a given pixel. The way they continue to improve is by making huge pixel mosaics, which is appropriate for many but not all applications."

For observations of rare objects like optical pulsars and high redshift galaxies, ARCONS' small field of view (20 arcsec by 20 arcsec) is not a drawback. In fact, it exponentially improves observing efficiency as compared to conventional filter-based multicolor observations. Another advantage of MKIDs is time resolution, which shows the arrival of each and every photon. This allows astronomers to see rapidly changing events, a great advantage for many observations, Mazin said.

MKIDs have inherent frequency domain multiplexing capabilities, which enable thousands of devices to be read out over a single microwave feed line. The size of the arrays is limited by the microwave readout, which uses very similar technology to a cellphone base station. This means the number of MKIDs that can be read out for a given price is increasing according to Moore's Law –– overall processing power for computers doubles every two years –– which should enable megapixel arrays within a decade. 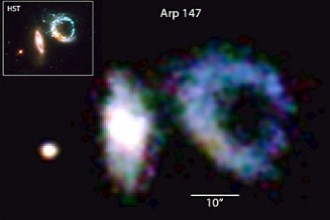 Mazin and his team lens-coupled a 2024-pixel array to the Palomar 200-in. and the Lick 120-in. telescopes in southern and northern California, respectively. ARCONS was on these telescopes for 24 observing nights, during which data was collected on optical pulsars, compact binaries, high redshift galaxies and planetary transits.

ARCONS is very sensitive, but it's been coupled with 5-meter telescopes," Mazin said. "The 8- to 10-meter telescopes, such as Keck, are at better sites with four times the collecting area. We hope to deploy MKID instruments in the next several years at Keck and other telescopes to make fascinating new observations, including using MKIDs coupled to a coronagraph to directly discover and take spectra of planets around nearby stars."

The design and construction of an instrument based on these arrays, as well as an analysis of its commissioning data, appear in the Publications of the Astronomical Society of the Pacific.